How The Physical Symptoms of Your Condition Are Created

As a preface to all this, I do believe that these symptoms are temporary. That is, they are due to systemic functional changes in the body, rather than permanent organic damage. Stopping the amygdala’s hyper-reactions allows the body to trigger the parasympathetic system, meaning the body’s own healing mechanisms can bring it back to balance and homeostasis. 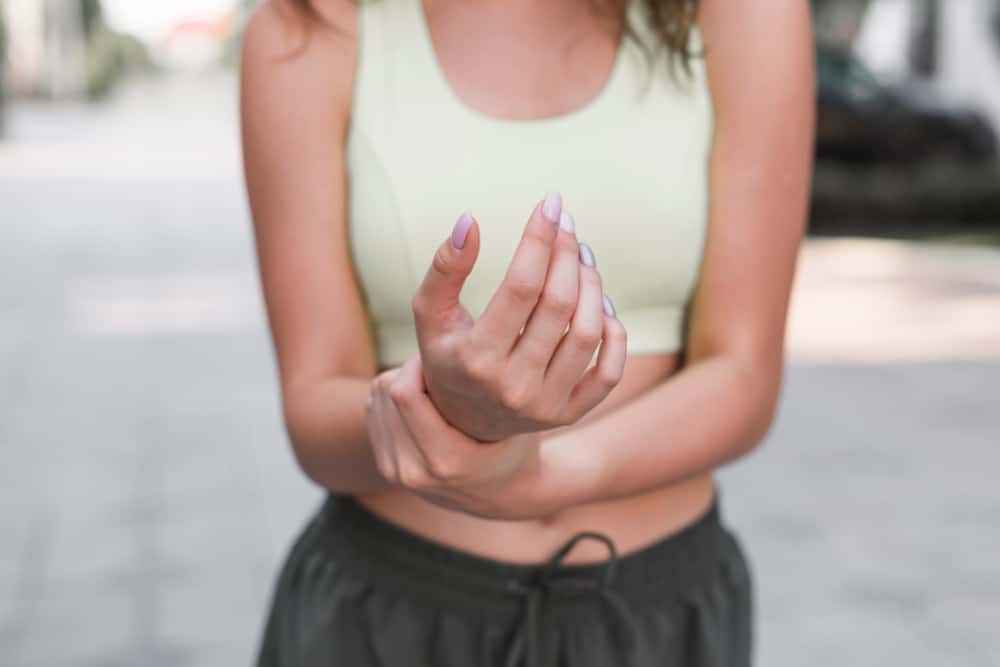 The stress response is sometimes known as the “fight, flight or freeze” response. These responses, including excessive adrenaline, keep the muscles tense, and are only designed to be triggered for minutes at a time.

Relaxed muscles are in a state called tone, which is a state balanced between relaxation and contraction. Prolonged tension in muscles upsets tone and allows the chemicals of fatigue (e.g., lactic acid) to temporarily accumulate and disperse, causing aches and pain. Prolonged tension is initiated and maintained by the stress response, as the muscles are primed for reaction to dangerous stimuli. This is why you may suffer from aching limbs that seem to feel heavy and drag, but there may be nothing actually physically wrong with the muscles.

A few patients have found that magnesium supplements tend to help muscle tension. This is because magnesium acts as a muscle relaxant, and can be found in green leafy vegetables as well.

Several studies have shown that insomniacs cannot get to sleep mainly because they are worrying about something, even if they are very tired. Studies also show that the amygdala is partly responsible for keeping people awake at night due to unconscious stress. ME/CFS/FMS patients have the same problem: Their minds are constantly being bombarded by thoughts telling them that there is an ever present danger that is unresolved, and so they find it difficult to get to or stay asleep.

When a mind and body is tense, sleep is interrupted and fragmented during the night. Studies have shown that interrupted sleep causes further aches and fatigue the next day. Overall, a prolonged stress response causing an interrupted sleep has adverse reactions on the body clock, and indeed some studies have shown a mismatch between temperature rhythms and melatonin secretion in patients. The mismatches in patients have been shown to be very similar to those suffering from stress and sleep deprivation, as well as PTSD.

Furthermore, it is the hypothalamus that regulates sleep rhythms, and it is precisely this brain structure which is being bombarded by signals from the amygdala.

Some studies have also shown that patients do not respond correctly to exercise, in terms of inadequate release of a stress hormone called cortisol. This is because the severe stress response means that the stress glands may eventually get depleted (e.g., adrenal exhaustion), or they downgrade and adapt to chronic stress, and while the signals still exist to release cortisol, the response no longer occurs.

Furthermore, the system may have cut back on supplying cortisol, because it has been over-stimulated in the past. Because muscles are already exhausted from being tensed up all day, they also find it difficult to respond to exercise.

There may also be a whole host of hormonal changes in the body which mean that the body cannot respond effectively to physical, mental or emotional stresses.

If the brain and body has been stimulated continually, it cannot perform appropriately because as far as it is concerned, it already has “been performing” for long periods of time, and exhaustion easily sets in. 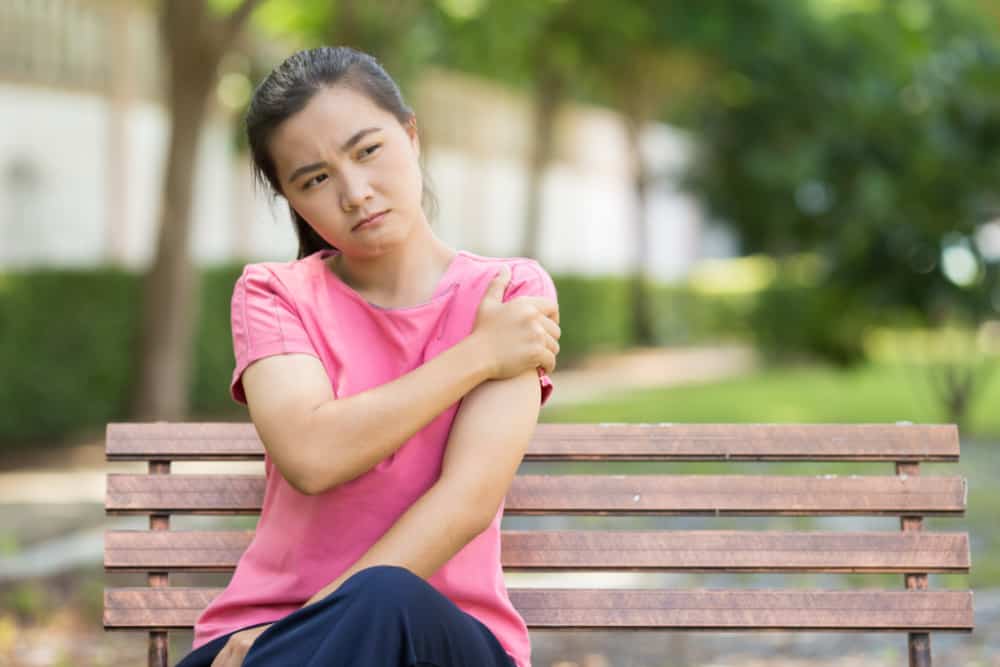 The digestive system has its own nervous system, sometimes called the “small brain.” It becomes stimulated by the brain via the autonomic nervous system during stress, and this causes problems in the gut, and may tense muscles and generally over-stimulate the gut.

Also, when the “fight or flight” response is initiated by the sympathetic nervous system, adrenaline and noradrenaline direct the bodily energies and resources to the organs which are involved in fighting or fleeing. These are the muscles, so that they can respond quickly, and the brain, so that the mind can think quickly and concentrate on the source of the danger. Therefore, all other non-essential bodily functions are switched off, such as the digestive system.

This means that food regularly passes through the gut but is not digested correctly, giving the symptoms of IBS. Furthermore, all muscles in the body are tensed, potentially including the muscles within the small and large intestines. The colon normally moves food by moderate contractions or spasms. Muscle tension upsets these rhythms, giving either too many or too few contractions, leading to either diarrhea or constipation, or both. 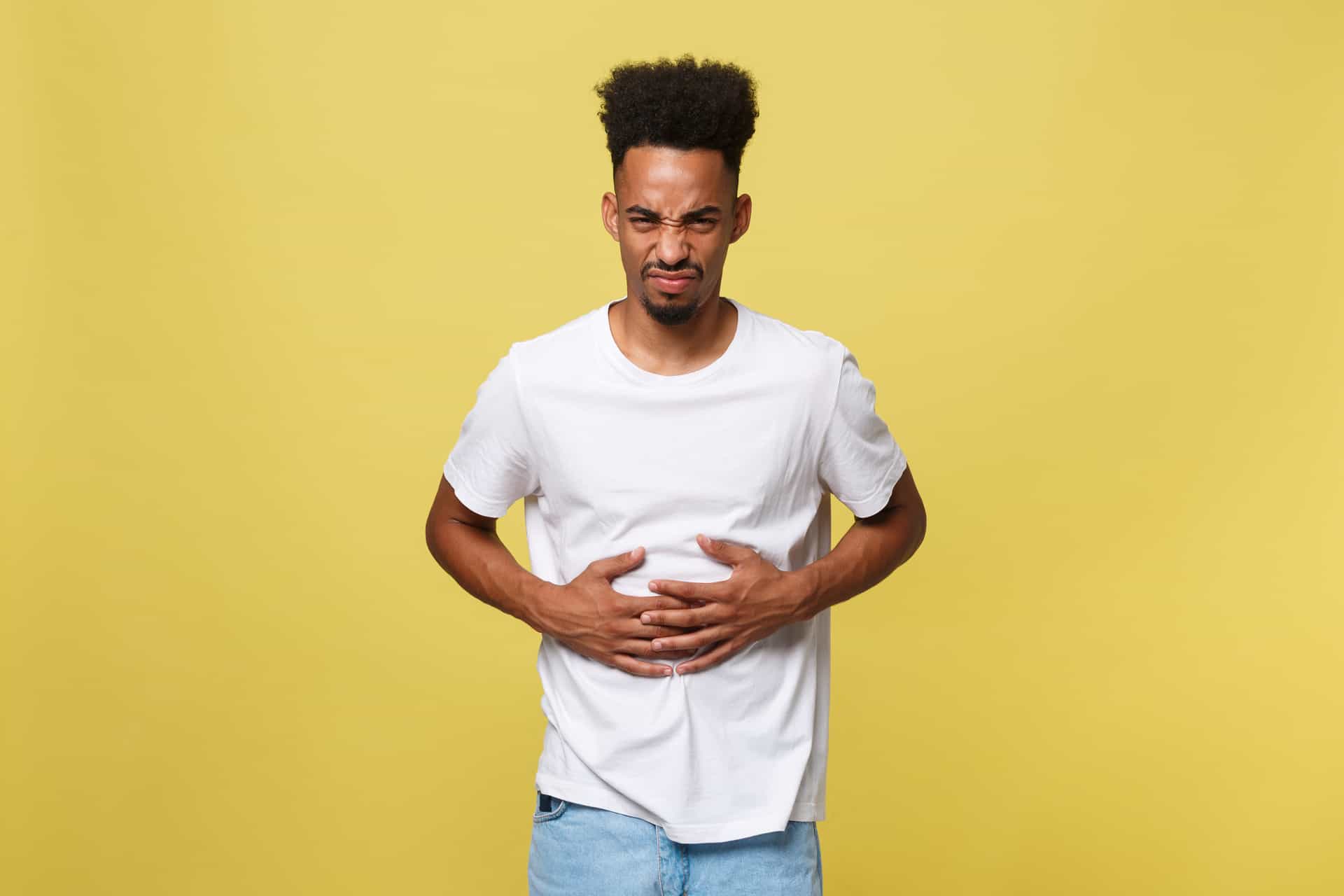 The gut can become highly sensitized to toxic elements in the diet, or at least foods which may now be perceived as toxic. The body is now in a very sensitized state, and therefore will over-protect itself to survive. Oxidative stress may cause “gut leakage,” triggering sensitivity reactions.

Some patients find that changing their diet seems to help, and that is because there are certain food types which are easier to digest. Eating foods which are difficult to digest while the digestive system is in this state theoretically could worsen symptoms.

The immune system is always in a state of delicate balance, ready to respond appropriately to a threat. However, if the perception of that threat is overstated, there may be some aspects of a reactivated immune response that is constantly on alert.

I will not go into the neurobiology of this mechanism here (it is commented upon in the medical paper). Suffice to say that, given that the original trauma often occurs in the presence of a severe virus/bacterial infection, it is no mystery that the body will retrigger immune defenses as a way of making sure the body survives, even if no viral threat exists. This can often feel like having flu or a slight fever, as well as swollen glands and a sore throat, and may be the effects of chemicals called cytokines. This conditioning is likely to be stored in the insula, and retraining targets the insula in persuading it that no further threats are present.

In some patients, this may result in a susceptibility to viral infections, and many of my patients report this. Others, however, may find that they do not have any more viruses than normal.

If the immune system is inappropriately retriggered, latent opportunistic viruses can take hold. Furthermore, triggering of the stress system is known to reduce the effectiveness of the immune system, thereby allowing opportunistic viruses to flourish, causing further symptoms. Recently, Professor Garth Nicolson showed that there were similar levels of multiple, systemic bacterial and viral infections in ME/CFS patients as there were in people with autism. Autism is a disorder where sustained amygdala hyperarousal is accepted as a model for partly explaining the disorder. 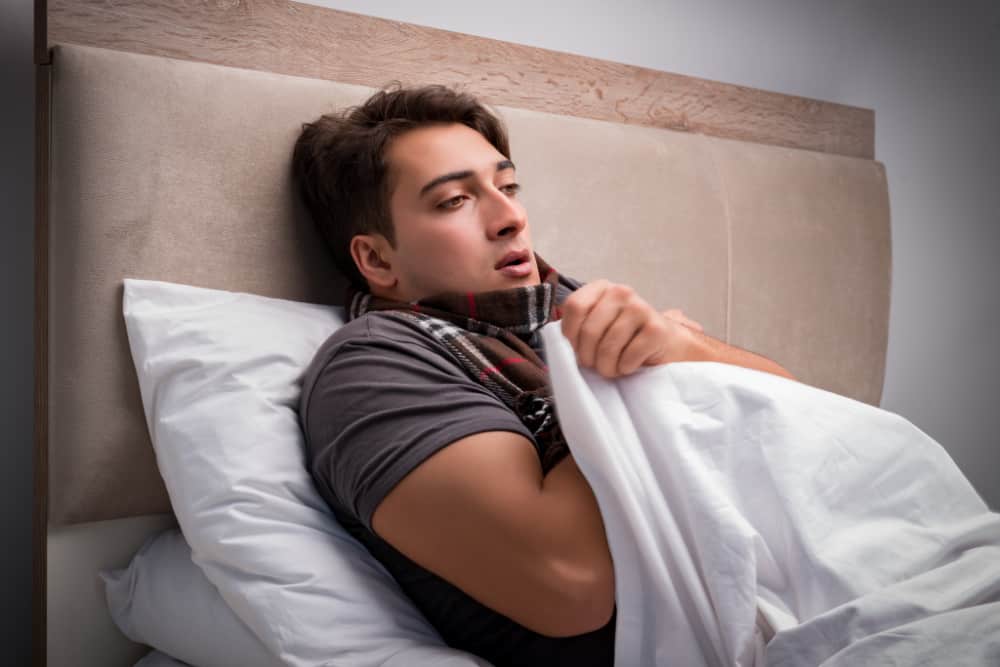 The delicate muscles which accommodate the lens of the eye are also affected by muscular fatigue, so that vision may be blurred, especially when looking near-to-far and vice versa. Eye fatigue also occurs because, when the fight or flight system is initiated, the vision sharpens and the eyelids retract so that the eyes can focus better on the source of the danger. 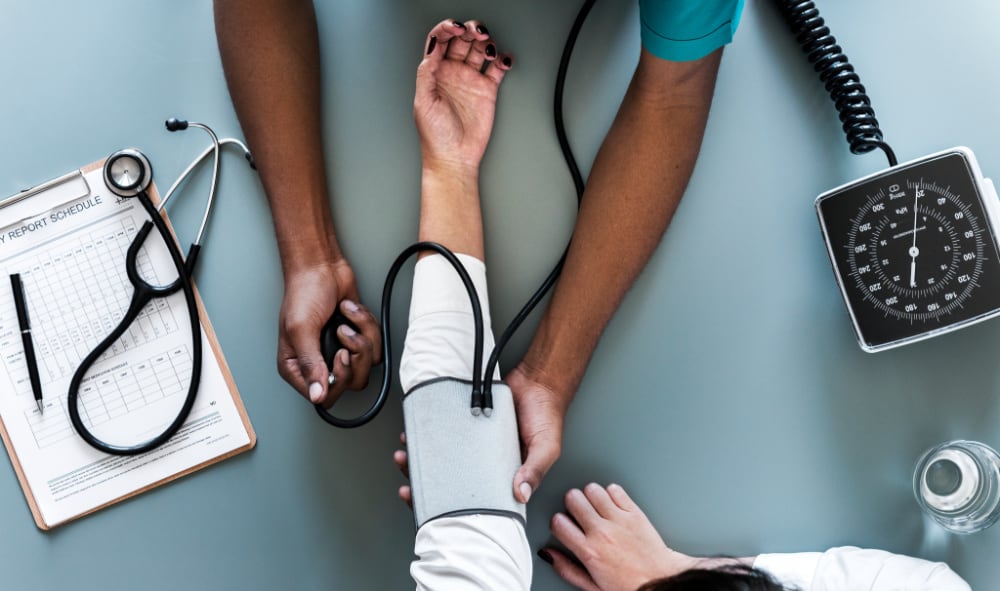 The amygdala and insula send direct signals to the autonomic nervous system, which co-ordinates many bodily responses including temperature and blood pressure. Therefore, abnormalities in autonomic function can be directly attributable to chronic stimulation by the amygdala. Anxiety is well known to cause sweating, and even temperature changes.

Some patients may become “orthostatically intolerant”, e.g., they have low blood pressure when they stand up, as tested by the tilt table test. This may be because of excessive pooling of blood in the legs, as the autonomic nervous system constricts blood vessels in the body, except in the limbs, so that a person can run away from dangers. This may cause problems when standing up, like dizziness, as well as reduced blood flow to the head.

The limbic system of the brain (which houses the amygdala and the hypothalamus) has been implicated in allergic responses and sensitivity responses. These systems become “over-cautious,” reacting to toxins and pathogens “just in case” they represent dangers. When the amygdala and insula are on high alert, it is prone to learning new sensitivities and threats which ordinarily would not have been reacted to. 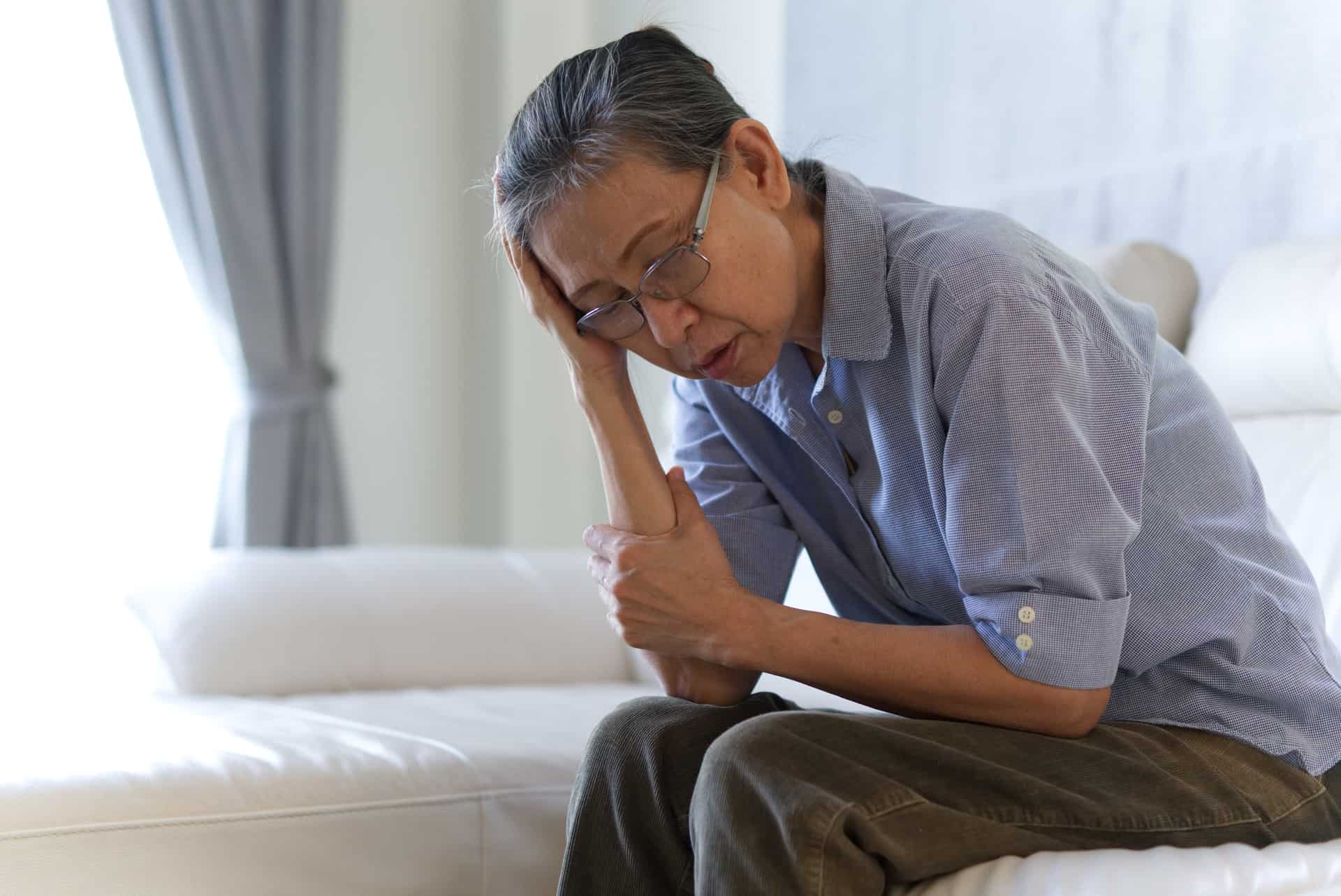 When the body is in this sympathetic stress mode, non-essential systems are switched off, including aspects of the body’s detoxification and elimination processes, and healing and repair systems. Therefore, if this reaction is prolonged, there may be accumulation of toxins in the body. Many patients complain of “feeling toxic.” If the amygdala is retrained, the parasympathetic system can gradually detoxify the body in the correct way.

Intolerance to alcohol has often been cited as a characteristic marker of ME/CFS/FM. Much medical research demonstrates that alcohol actually induces the stress response by stimulating hormone release via the hypothalamus. This is exactly the response which the amygdala is conditioned to respond to, causing further symptoms. Furthermore, this reaction may malfunction due to a downgraded HPA axis and other hormonal abnormalities as a result of the stress response, causing increased sensitivity to alcohol.

The autonomic nervous system affects all the organs and systems in the body, and that is why so many wide-ranging symptoms are experienced. And because the amygdala and insula are at a heightened state of awareness of all the messages coming from the body, new fears can be “learned.” This means that even when innocuous signals come into the sensory neurons, these signals can be misinterpreted as dangerous by the amygdala and insula. This happens because some patients can tend to monitor signals from their bodies, and signals can be perpetuated. This explains why patients can develop added symptoms, which can mysteriously come and go. 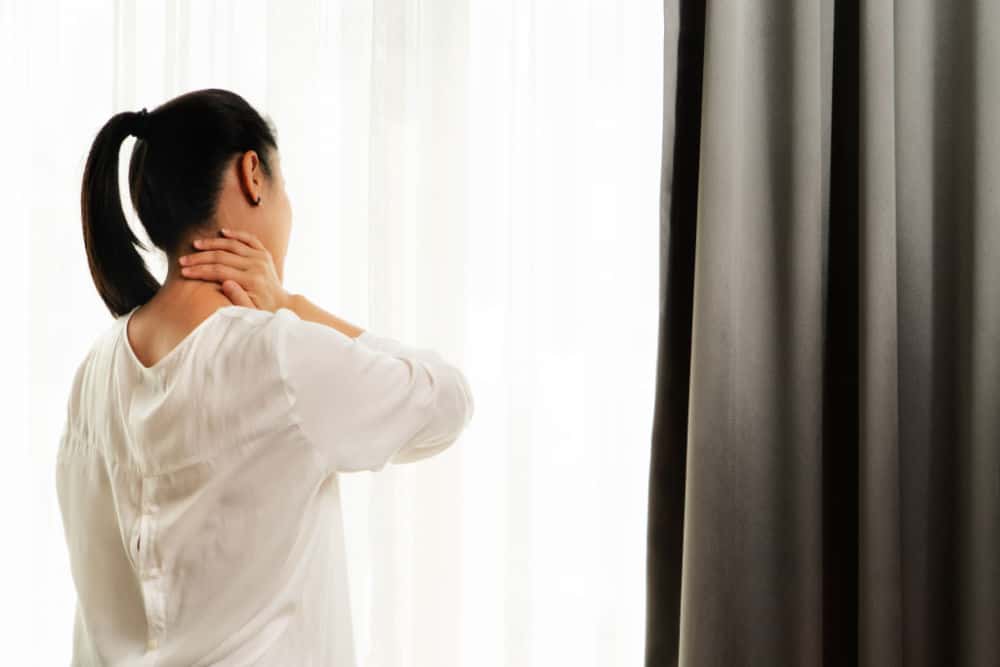