I got Covid right back in March 2020 and although it was fairly mild I just couldn’t shake it off and spent much of the every day lying down feeling generally unwell. Just before getting it, I was training for the London marathon so was pretty fit for a 56-year-old having done 21 marathons and 4 Ironman triathlons in the previous few years.

Over the next few weeks, I kept thinking I was better then I would go out on a bike ride or run and a day or so later would have a relapse. By June the relapses were lasting longer and after being unwell for over a week I had a mini-breakdown with tears and tantrums of frustration as I couldn’t get back to my running and cycling passions.

However, over the summer I started to feel better with only the odd relapse. By the end of September, I thought I was better if still a long way off my previous fitness. However, I was starting to wake up with anxiety attacks every morning (which I have never suffered from before). At the start of October, I had a huge anxiety episode followed by a long covid replace. I was now unable to walk more than a hundred metres without feeling sick and needing to lie down for a few hours. After a couple of weeks, I was desperate and a friend pointed me in the direction of the Gupta Program.

The early videos certainly resonated with me so I thought I would give it ago. I started meditating 3 times a day and doing the Stops. After a month I hadn’t really noticed a difference and was struggling to be able to do the hour of power without it making me feel ill. However, I stuck with it and by the end of November, I started to have a few glimpses of health and happiness.

During December I started to feel stronger and managed my Hour of Power each day. I even managed some short and gentle bike rides. On Christmas Day I was feeling well enough to do a short walk/run session.

Things continued to get better and my fitness and strength were starting to come back. I kept the meditation, stops and Hour of Power going as I started doing more. In the middle of Feb, I had a little dip but I now had the tools to deal with it and after a couple of days was back on my bike.

Since then I have gone from strength to strength and am now cycling over 100 miles a week and training hard for a half marathon at the end of May. I feel really good and hopefully have put Long Covid behind me. I still have the odd wobble but know what to do. I have kept up my Hour of Power and meditation and plan to do so for the foreseeable future.

I’m not sure what would have happened if I hadn’t come across the program and now not only feel better but more ready to face the future. Back in October, I couldn’t see how I would ever feel well again.

My son, George, also got Covid at the same time as me and has also suffered with long covid in a similar way. He is 22 and was also very fit. He too started the program at the same time as me (with his own copy of course) and has started to get better over the last month as well, although it has taken him longer. He has stuck with the stops, Hour of Power and meditation as well and is also very positive about the program.

So thanks very much and I have recommended to other Long Haulers they give it ago. 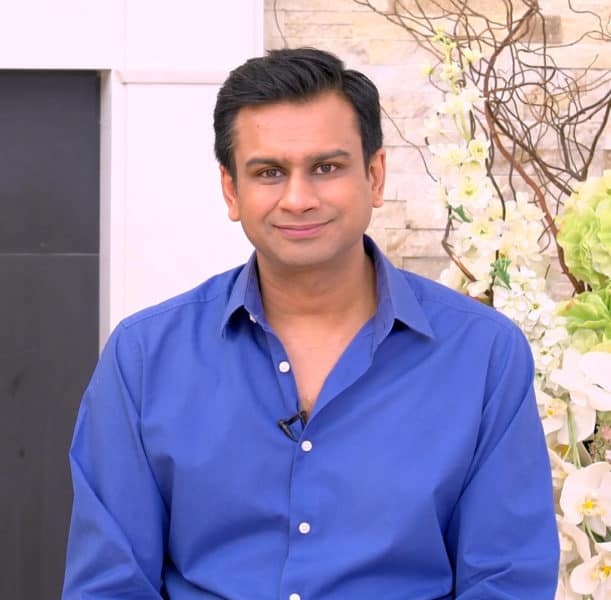 Ashok Gupta is the Director of the Gupta Program. He has dedicated his life to helping people get their life back from Chronic Illness, improving people’s well-being, and helping them achieve their potential. He has been teaching meditation around the world for over 15 years. He runs a global e-clinic specializing in treating ME, Chronic Fatigue Syndrome, Fibromyalgia & Multiple Chemical Sensitivities – www.guptaprogram.com