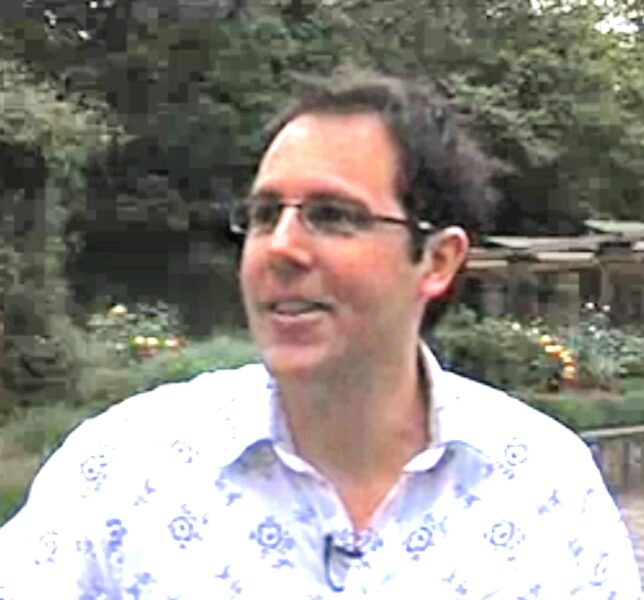 Hi, my name is Thomas Henry. I’ve been suffering with chronic fatigue. It possibly it started when I was 16. I used to get glandular fever type illness lasting between one, or two weeks every nine to 12 months and that continued until I finally fell over into complete full blown chronic fatigue.

At the time I was breaking up with my business partner. We were having problems with the business. I was working in London. The business was in Australia. I was working six, seven days a week, 12 hours days in my current job … at the job at the time in London. Then I had to fly back to Australia, finish and close all the business relationship, and all the business, shut it down in one week, and then flew back. Then I got the typical glandular fever type illness. Then unfortunately my boss wouldn’t let me have time off work, so then my health just deteriorated from there. It went down, and down, and down, and down until about four months later I just couldn’t get out of bed at all.

The symptoms I was suffering at the time was, well obviously extreme fatigue. I was unable to get out of bed on most days of the week. Occasionally if I could it was only between one and two hours a day. My pain levels were basically unbearable, going up to between nine, nine and a half out of 10 on some occasions. Also, I lost the ability to be able to think properly. I guess you’d call it brain fog, which was very disconcerting. It also added some anxiety to having to go out in to social context, or seeing doctors, or to explain what was happening to myself because it was difficult to being able to voice what was actually occurring to me at the time.

Also, doctors were very unsympathetic. They just simply said that I was depressed and needed to get out of bed and get on with my life. I didn’t feel that I was depressed at the time. I was trying to get out of bed. I was trying to go and see friends. I was trying to actually play cricket at the time as well, but it was just not possible. That was very disconcerting from the doctors saying it to me, and I didn’t know where to turn at the time. Without the doctor helping me finally I was able to get him to give me a referral to a chronic fatigue center in London. But unfortunately, then they found some problems with my blood. My vitamin D was low obviously because I hadn’t been outside in the sunshine for a couple of years. On being on that waiting list then that took another 12 months. And then finally because I moved location to Brighton I had to go to the back of the queue again at the NHS.

In desperation I started looking on the internet for alternatives, and I’d heard about Ashok

After I started putting the techniques into practice, after a couple of days I saw a real change. My fatigue levels were a lot lower. My anxiety and stress levels were much reduced. I continued obviously with this process. After a couple of weeks I saw even more improvement. After a month I saw greater improvement. And then even though I had a couple of days here and there that I wasn’t feeling as good as I had the previous day it was still much better than I’d had on my very good days before I met Ashok and started this process.

And then I was being able to diarize everything, and everything on a month to month basis I’ve seen increased and increased improvement. Now I’d say I’m 95, 90% better. I’ve been able to transform my life, actually get my life back. I’m looking to start some test marketing for my own business in two weeks, and hoping to launch that in a month. Again, this is going be part-time to begin with, looking at doing that two, three days a week, and looking to gradually increase that as I feel I’m comfortable, and my health warrants, or allows myself to be able to increase it. I’m just so grateful to Ashok and this program in basically giving me my life back when at the NHS, and no other one was really there to help me at that time.

If you find yourself in a similar situation to me what I’d firstly say is you need to be a little bit selfish. You need to put yourself number one. And in doing so being able to use this program as a springboard to being able to get better. It absolutely works. There’s no tricks. There’s no nothing. It’s simply allowing yourself to retrain yourself to be able to cope with this situation, to allow your body to repair itself naturally. I would say to everyone, give it a go if you find yourself in this similar situation. What have you got to lose? You will see improvements. You will get better. As I said, the number one thing is to put yourself first and learn to say no.

First of all, if you’re looking to recover from chronic fatigue I’d suggest that you stop looking for a reason why, stopping looking, or waiting for a medical treatment to come to you, and try this program. You can actually control getting better yourself. You will get better if you follow the steps. Lower your expectations and really build slowly, and be kind to yourself. Allow yourself the time to be able to repair. I’ve got the type of personality that I always want to help people. Whenever anyone asks me for help I’m there for them. I always want to do 100% work. I’m always trying to overachieve, get things done, push myself when there are deadlines. Unfortunately, that hasn’t helped me with my health.

In understanding this process I’ve been able to understand it’s okay to say no, to take a step back. People aren’t going to be upset with you. They understand your health has to come first. Going through this whole process I’ve been able to really understand to be able to pace myself better, and hopefully be able to transform that into my new business, and very much be able to continue to have good health for the rest of my life. If I look back to where I was only just a few months ago, five months ago, and I was virtually bedridden, to where I am now it’s just an incredible transformation. I wouldn’t of believed it was possible. Ashok just said, “You’ll just be patient and it will happen. It will happen for you just trust in the program and you will get your life back,” and I am. I’m 90, 95% better now to what I was when I was in my early 20s, so I’m just looking forward to the future. It’s just brilliant.