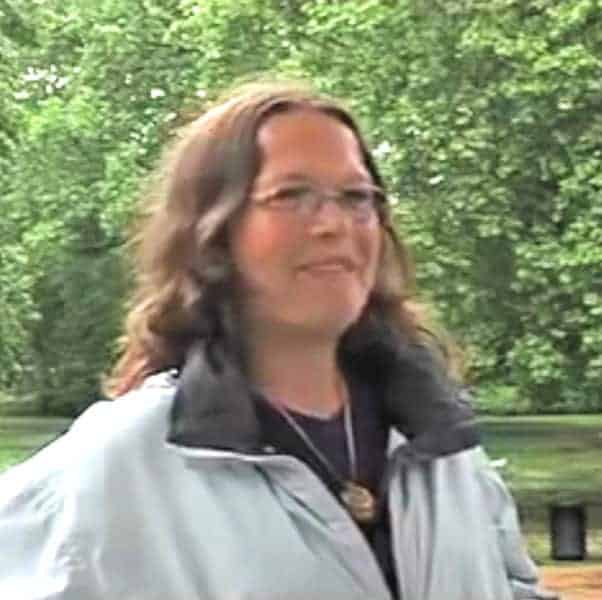 Hi my name’s Rebecca. I was diagnosed with chronic fatigue syndrome. Although my symptoms pre-dated the point of diagnosis. What happened was, I was working in London as a low income rehabilitation worker with children with vision impairment. Which basically means I was teaching people with serious problems independent skills and travel skills.

During that time, I must’ve picked a virus up from one of the kids, unfortunately. So, I was off work for about a week initially with hallucinations, the lot. But I had a couple of weeks in the summer, about six weeks where I could relax and I thought great, I’ll go on cycle rides, I’ll be able to go for walks, I’ll be able to swim in the sea, I’ll be able to do lots of sailing, which is my main passion in life. You know, I’ll be looking forward to being really energetic.

And, I didn’t want to do any of those things, I just wanted to sit on the beach and read a book and do nothing, which for me is totally out of character. So four days later, I went back to see my doctor. It was like a diagnosis by elimination, exclusion diagnosis, which I think is a common experience.

So, his chat with me ended with the unforgettable sentence of “Don’t worry, you’ve got an untreatable, incurable disease.” So with that little bombshell ringing in my ears, I walked home which is about two minutes walk away because I live on the same street. I got home, shut the door and thought, well what do I do now? How do I, who’ve got no medical training, I know less about my own body than I do about pop music or literature, what on earth am I going to do? How am I going to get well? Plus the fact, I had this overwhelming tiredness. And, short term memory loss like you can’t believe.

So really, as a result of my continued belief that I was always going to get better, there also is the recognition of my need to involve other people in assisting me to achieve that. I went to see Ashok. And his was really the first explanation of chronic fatigue syndrome that really fitted and explained all of my symptoms including my rib pain, my breathlessness, the kind of waves of fatigue that would almost like pop up, they’re like bubbles that pop up to the surface for unexplained reasons.

And so, I started using Ashok’s techniques. And over time, it became something that made sense. And you know, I’m the world’s greatest sceptic, you know I don’t believe in much.

I consider myself at that point possibly functioning at about 55% of what I was of the pre chronic fatigue, symptom free, so-called healthy Becky, that I was before. He said to me “In three months time, you will see dramatic improvement.” And I thought, yeah, right. But, two months later, I had the opportunity to go up to Cambria with my husband. And I found myself in a totally new environment, with no central heating, very, very good whole food. And you know, I was walking for an hour, an hour and a half through southern Cambrian ground, and I went out in the snow, I went out in the hail, I went out and breathed that fresh air and I felt alive probably for the first time since I’ve been through the valley of ill health.

And the other thing I found release for that Ashok bought was the meditation CD. And 20 minutes of sitting calmly in a chair, learning to breathe, just letting go of, I feel like the pressure to be well. Because there’s an amazing amount of pressure from friends and family, you know? When you say to people that you’re not well, “Oh, you know, when you going to be better?” And “Come on, you can get over this. Keep positive. Blah, blah, blah.” And now, what can I say?

Now, well, I’ve just come back. I’m a bit brown because I’ve been sailing for two weeks. I’ve just sailed 1,000 miles to Portugal, on a boat, with five blokes which is you know, a bit testing most times. Doing shift system which meant I was on shift for three hours, off for six. And although that was demanding, without knowing my body in the way that I do now, without being able to say to myself, these are my symptoms, but I can be in charge of them. Without using my technique, without having that bit of weaponry, I feel like that bit of assistance, I never would’ve achieved it. And now, you know, I feel that full health is imminent.