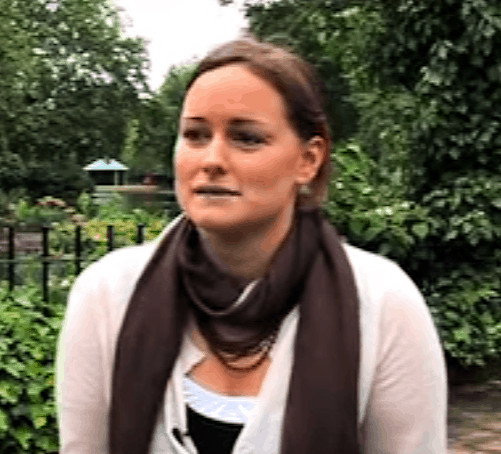 Hi, I’m Madeleine. I started getting CFS when I was in university, when I was 21. I had quite a few things going on in my life at the time as well as being at university. I had a couple of family members who weren’t that well and I was really worried about them and things and had to keep going home to try and help sort things out and basically I was getting really tired. I was getting ill at the same time. But because of the situation, I carried on with my life because I didn’t want to miss out on anything at university and everything.

So I kept going to the doctor, trying to find out what could have been wrong with me at the time and I had loads of blood tests and everything. I was basically feeling, at that point, that was before the CFS was diagnosed, but this was just building up to it. I had really bad dizziness and feeling sick a lot of the time and just getting exhausted and everything. And I kept having blood tests and they basically were saying, “We can’t find anything, there’s nothing wrong” and everything. So at that point, I was like, “Well, there clearly is something wrong. I don’t feel right.”

But because there was no explanation for it, you have to carry on and you have to think, “Well, actually, maybe I’m just making a mountain out of nothing or something.” So I carried on, finished university and managed to get my degree, which was quite a major thing at the time, I think. And then I worked for a year after that, in a job where I was standing up all the time and instead of … already really tired but getting quite so, stressed as well and also with things still going on at home and everything else.

And then I went to a private doctor and I got some more blood tests done. And yeah, it became quite clear that I’d had a virus, something like dengue fever. So at that point, I was like, “Hey, well, I’m actually going to have to just look after myself a bit better here.” Because I was also at the time trying to do my job and trying to swim 50 lengths three times a week and everything else to compensate for the stress at work and things like that. And just trying to also just have a life outside of the work and everything.

So then, it basically came to a point, about three months after that, when I’d been really quite pushing myself quite hard, that I actually just couldn’t get out of bed and it all just came crashing down on me I think, just a lot of … I’d been through a lot of emotional stuff. I had been pushing myself physically and mentally and stuff and then I think it just all just caved in on me. And I couldn’t get out of bed and when I did get out of bed, everyone had to do everything for me. I couldn’t make any of my own meals at all, even hardly get myself a drink. So I had my family doing everything for me. And then I couldn’t really see my friends because I didn’t have the energy to talk to them and things.

So basically, I just had so many different symptoms to do with mental functioning, physical things. More so, just from being in bed so much, I had really bad muscle pains and side pains and then I couldn’t watch the telly, I couldn’t read anything, couldn’t do anything just because it was all just too much. Couldn’t listen to music, which I love. And I couldn’t obviously go out or anything so this came to at point when something had to be done about it. And I tried lots of different therapies, started off with manual lymphatic drainage, which … that was to try and somehow get rid of the virus or make things move better around my body or something. But again, I had 10 or 12 sessions of that and really didn’t feel too much better.

I tried probably about 10 different therapies and stuff. Mom kept meeting people and was like, “Oh, this helped my son or my friend or something” so you think, “Okay, well, I’ll give that a go.” After about the tenth time this happened, I was like, “Well, actually, maybe it’s just time”, people kept saying, “It’s just time and that’s what’s going to help at the end of the day” but I thought, “Well, I’m not just going to sit with this. I don’t want to give into it and stuff. And I don’t want it to overtake me. I want to be able to try and find some way of getting better or coping with it and stuff.”

And that’s when Mom bumped into someone else, I can’t remember who, who told her about Ashok and then, basically from that point on, things have just moved forward so much because I was made aware of what was actually happening in my body. Because he’s had it and everything, which made such a difference because to be able to totally understand it, I think you can only really have if you’ve had it, kind of thing. I think people try and make theories about it and everything else, but there’s a lot of scepticism about it and just it’s not that clear and everything, what’s actually going on in your body. So to have someone say to you, “This is what’s happening” and it’s actually quite a major relief because it’s something that’s so subconscious that you have no idea what’s going on.

And then when someone is saying to you, “This is what’s happening and this is what you can do to stop it, to make it better”, then that was probably the first thing when I actually thought, “Oh my god, hang on a minute. Something is going to change here”, kind of thing. So over a period of time, I’m doing the techniques and especially, I think I started with the meditation, basically. And the meditation helped me so much because at the beginning, I was like, “Not really for me”, kind of thing. But actually doing it just calmed down my whole system so much. I didn’t even know, I wasn’t aware of the stress that was in my body at all.

So basically, I’ve been through the mill and now, I feel totally different. Even how I did before, I was ill, I just feel so much happier and so much more … I’ve got so much more enthusiasm for things and just being so much more relaxed and able to deal so many more things than I could before. And now, basically, I can go out with my friends and have a great night and not worry about how I’m gonna feel for the next three months or something, because that was a stage when I’d go, “Hey, I’m better, I can go and do these things.” But actually, I wasn’t better and I did these things and felt horrendous.

But now, I can actually do these things, having used all these techniques, I can do these things and I can still feel fine afterwards and it’s just so uplifting and it’s just so like “Oh my god, I can actually live my life how I want to live my life.” And I can go on transport for a few hours now and I’m fine. And I’m helping out in a school, read with little kids, which I absolutely love. And I’m hoping to go and do speech and language therapy next year.

So basically, if you’re looking to put this into practice, then I’d say really go for it, because yeah, you’ve got nothing to lose and everything to gain. And you can just basically feel anything in your body and you can instantly get rid of it and stuff like that. So it’s just a really positive technique as opposed to someone just saying to you, “Things will get better” or unlucky kind of thing. Whereas this is actually something that really works, for it’s worked for everyone I think that’s tried it.

And I think you just got to really stick with it, even if it’s painful at times, because you just think, “I’m not gonna be able to do this. I haven’t got any energy at all.” But then you just do it and you feel better and so you kep doing it and then you keep building up your strength and then everything just keeps moving in the right direction, basically. And I don’t know any other technique that has the same effect on people with ME or CFS, so I’d say go for it.