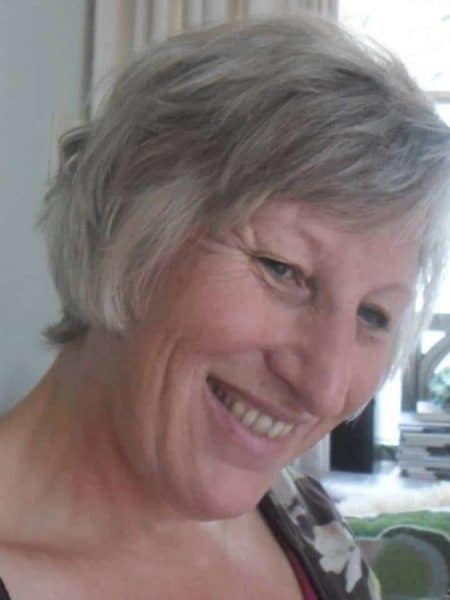 I believed I could fly. My recovery story.

I was already sick for years. I had adjusted my complete life to this new disabling fatigue.
I couldn’t walk more than a few steps. Everywhere in the house were chairs and stools, I went from one to another. Sitting. But tired as a dog anyway and feeling sick all the time, unless I did absolutely nothing. Outside I needed a wheelchair and a scooter mobile, I needed someone to do my shopping and someone to clean the house and someone to help me in the garden. I became so dependent on other people.
Then someone told me about Ashok. I watched the free sessions on Youtube and that was difficult because my mind couldn’t handle so much words, so I had to cut it into pieces. But whilst listening there grew a joy inside of me. This man knew what he was talking about. He mentioned things I couldn’t explain to anyone. He described how I felt and I didn’t even talked to him.

After listening those three sessions I knew it. This was going to work. I believed I would fly again. ?
And so I began, step by step, day by day. If I couldn’t believe with my heart what Ashok was telling, I just pretended to believe it. I acted as if my life depended on it. I talked to myself and was as convincing as I could possibly be. I believed Ashok more and more, I got used to believe in my own pep talks and encouraging words. “You can do it!”, I told myself day in and day out. And I could.

After a few weeks, I got on my bike and I went for a little, little block around the building. And I told people: “I can cycle again!” “How much?”, they asked. “For half an hour ?”(little did they know…). “No, just around the building: Two minutes, but… this is the beginning.This is my new beginning”!
And it was. I visualised myself walking, cycling, riding on horseback, laughing, enjoying life again. And it happened.
It worked. Six months later, I stepped on a plane to Portugal for the holiday abroad I had promised to my youngest daughter. A promise I could not redeem in years. I was a bit optimistic. It was a little bit too soon. But we went. I did it! And I wrote in the sand on the beach with a stick: Hannie was here! And I posted it on Facebook.

I was alive again.

I never became this super-energetic person I would like to be. But I cán cycle for hours if I have to. I can travel by train. I can do my own shopping and enjoy life with my friends. I can dance and decorate my own home. Half a year ago I moved house. I had a little setback, but….. no biggie. I did this thing I thought I could never handle.

I’m living a miracle. My miracle.

I must add that I did it together with my Saviour Jesus. I prayed for every session. Some things I could not combine with my beliefs and that was no problem. I just used the things that worked for me and that felt okay. You can adjust it easily to what you can handle.

And if I could do it, you can! Believe it! Fake that you believe it, if your heart tells you otherwise in the beginning. What have you got to lose?
Stop believing in your own theories about the cause of your illness.Give the theory of Ashok a chance. Don’t put your heels in the sand and reject this chance to become healthy again. I saw those people around me. I told them about Ashok.

But they wanted so much to be right and they wanted so much to hold on to what they had become used believing in, and now, they still believe they are right and that there is this unknown cause of ME and they are still waiting for a medicine to appear. They were too afraid to let go of their own opinions and embrace the things Ashok tells us. What a pity. Because the remedy is already here! Embrace it. Go for it!

I believe you can fly again too. -Hannie