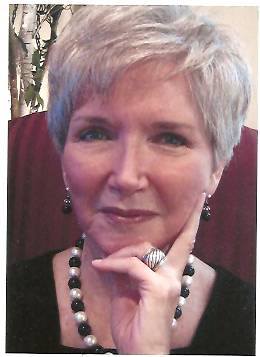 My health became challenged in 1993 while I was remodelling my house.  I had also experienced a number of highly stressful events preceding the remodel.  I developed flu symptoms and was quite ill. The symptoms lasted six weeks, and then, six months later, I became ill again with the same symptoms. This time, I did not get well again.  I began the long and painful journey of dealing with multiple chemical sensitivity and associated disorders.

I was 52 years old at the time and began the odyssey of searching for who could adequately diagnose and treat me.  I followed the treatment plan of each of the 22 doctors I consulted over the first 6½ years, but instead of recovering, my health deteriorated more.  I was given many different diagnoses, but no one in the health community seemed to know what I was suffering from.  Some doctors thought I was malingering or that I had a psychiatric disorder.  I was prescribed antidepressants that made me violently ill; one antidepressant, in particular, made me suicidal.  But I was too weak and sick to even take my life.

At my worst, I was jaundiced, had bursts of sobbing out loud for no reason, contemplated suicide, had pain throughout my body, was highly sensitive to noxious smells, had burning skin with rashes, had cataracts, shuffled when I walked, had disabling fatigue, uncontrolled explosive diarrhea (sometimes in public), and was seriously cognitively impaired.  I was so cognitively impaired that I could not even tell time.   I was unable to schedule an appointment.   I would get lost traveling only two blocks away. A psychological examination of my executive function showed that I was severely impaired.  I was relieved because I sincerely thought I had Alzheimer’s disease.

I was fortunate enough to find a doctor who saved my life. I improved, but I did not get well.  My primary diagnoses were environmental illness or multiple chemical sensitivity, chronic fatigue syndrome, fibromyalgia, Lyme disease, IBS, malabsorption, food sensitivities, and toxic encephalopathy.  Shortly thereafter I was diagnosed with breast cancer as well.

Although I was very ill, I always believed there would be a cure me for me. I thought it would be some type of medication or medical protocol. I hoped that multiple chemical sensitivity would eventually be recognized as a legitimate illness.

During those early years, most of my close friends lost touch with me. I felt very isolated.  A young woman who was my best friend, and my lifeline when I was going through intensive treatment, took her life.  I do think that was my lowest point.  I was homebound for three and a half years to avoid exposures.  Fortunately, I had my cat Pete and my husband Fraser.  Fraser worked full time, did all the shopping and cooking, and cared for me.  He gave me antigen injections (three full syringes daily for nine years) and about 200 nutritional IVs, along with agents to help me detoxify.  My refrigerator looked like a clinic with vials and IV bottles.  I had a very large oxygen tank in my living room.  We were advised to put a tile floor in our bedroom, where I only had a bed and a glass and metal table.  All of the clothes were removed from the closets, and there were no curtains.  I had become hyper sensitive to just about everything in my environment, even cotton, so I slept on silk sheets that felt like a parachute, and all of the covers would slide off the bed.  Life was extremely challenging.  I was frightened, hopeless, and isolated.

I was a psychotherapist with a thriving practice.  I was attractive and highly respected in my community. I went from being physically attractive, intelligent, successful, and valued to being a struggling, confused, fragile, and vulnerable woman.

Five years after my initial cancer diagnosis, I developed breast cancer again in the same breast and had a radical mastectomy.  In addition to two surgeries with radiation for breast cancer, I also had an emergency appendectomy. My gall bladder removed as well.  I had cataract surgery and became highly reactive to the lens implant.  I also had a partial knee replacement that was a failure and had to have it replaced.

I had been a psychotherapist and had some very challenging cases that certainly added to my chronic stress level.  I thought of what I was experiencing as compassion fatigue.  After ten or eleven years of treatment for chemical sensitivity, I thought I could practice again treating people with MCS via the telephone.  My health immediately began to deteriorate, but I did not make the connection that it was the stress of treating people with the same illness as me that was causing my health to deteriorate.

Later I got a call from one of the people I had treated, who had been far more ill than me. He reported he had gotten 90% better by using neural brain retraining.  So at age 73, I began the Gupta Program.  I dove right into it and was totally committed.  I knew if my friend could get well that I, too, could get well.

I had been down many blind alleys finding a cure, so I talked it over with my nutritionist, and he said, “Go for it!  It does not involve a shot or a supplement.  You have nothing to lose.  Besides it is very inexpensive.”  He was right; I had spent about $350,000 out-of-pocket on my health at this point.

I began the program with full faith in its efficacy.  I immediately liked Ashok Gupta and readily related to his gentle nature and the wisdom of his program.  It made sense to me.

I began by using food to do the Seven Step Technique and actually began the process by actually holding a piece of bread to desensitize.  As I held the bread, I let all of my fear of reacting to the gluten surface, and then said, “Stop, stop, stop” and continued with the rest of the steps. Then the following day, I actually put a piece of bread in my mouth.  In three and a half weeks I was eating foods with gluten, dairy, shellfish, onions, garlic. In about six months, I was eating everything.  I felt so liberated.  I recall going to a restaurant and ordering a hamburger and swooning over it. I was swooning like Sally in the “When Harry Met Sally” restaurant scene with Billy Crystal.   Every morsel confirmed that I was well and could eat whatever I wanted.

I also used the same technique with fragrances and found that I was no longer reactive to fragrances and did not fear reacting.  I recall being in an elevator with a man with cologne, and instead of closing my nostrils and grabbing my mask from my purse, I just deeply breathed it in. I liked the way it smelled!

I have had dips, one of which was after I had knee replacement surgery.  The surgeon did not follow my instructions about what anesthesia to use, and I had a reaction.  I also reacted to the tape that was used to close the incision.  I am certain that my fear and anger at feeling helpless contributed to the dip.  So I now often use the Acceptance and Surrender Meditation.  I know that the most important time to do the Gupta techniques (Seven Step Technique, Soften and Flow Meditation, and the Accelerator Technique) is during a dip.  Of course, I also had the most resistance then as well, but I just did it anyway and was able to come through it.

I have travelled from Louisiana to New York City twice and was even able to attend the workshop with Ashok this past November (2016).  I just wanted to meet him and express my gratitude.  I also wanted a hug ;-).  I consider myself about 95% well, and I wanted others to know that it is possible to be fully well again.

My days are filled with activities that I enjoy, and if I am doing something that I don’t enjoy, I stop doing it.  I catch negative thoughts, stop them, say a prayer for the person and change my focus to loving thoughts that comfort me.  I continue to meditate twice daily and do the Seven Step technique daily.  I have written about 70 vignettes, illustrated with photographs, about the happiest time in my life. I use one of these when I am doing Step 6 of the technique.  My head is so full of memories of the happiest times in my life that there is no longer much room for negative or fearful thoughts.

I have taken Ashok’s Coaching Webinar Series and have just completed my third series of 12 sessions and plan to take the next one.  I always look forward to reinforcing this new healing paradigm.  I listen to Ashok’s Meaning of Life Experiment meditations daily and watch the videos.  I am committed to doing whatever it takes to be able enjoy every precious moment of my life.

I have practiced forgiveness exercises of myself as well as others.  I say: “I forgive myself for everything I’ve done wrong in my life, and for what I failed to do.  I forgive myself for mistakes I made unknowingly.  I also forgive myself for being neutrally brain impaired.  I also forgive others for everything they’ve done wrong in their entire lives and for what they failed to do and ask God to bless them with everything I want for myself—vibrant health, happiness, peace of mind, prosperity, a strong connection with the God of their understanding, a mutually loving relationship with family and friends, and a loving and generous spirit, and I am set free.  I am liberated when I forgive others and bless them.”

When I was at the workshop in New York City, Ashok asked me to share with the group what helped me the most, and I said, “JUST DO IT!”

I am not willing to waste one moment of my precious life.  I am so very grateful to Ashok Gupta for developing a program that has given me my life back and made me well.  I am filled with gratitude.  Having been seriously chronically ill for 22 years, I have made a commitment not to waste one precious moment of my life by fretting, having fear about reacting, slipping into negativity, having regret about the past or fear of the future.  I will live in the joy of the present moment.

P.S. I am Fraser, Dian’s husband, I can attest to the fact that the Gupta is effective. I have seen Dian improvement rapidly since working diligently on neural retraining. She is fully committed to the program because she wants to be well.  I am glad to have my wife back. – Dian Snowden