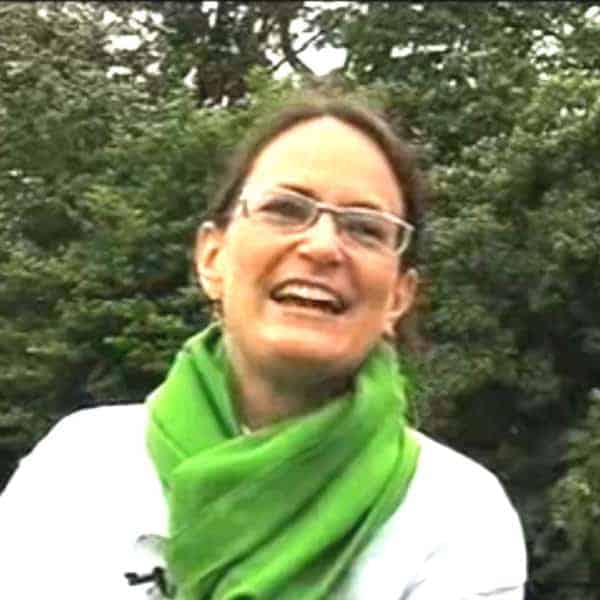 My name is Jennifer and I had chronic fatigue syndrome for six years. I think I had, in retrospect, I probably had a number of CFS-like episodes where I felt quite unwell and it took me too long to recover. But one day I got what I call the ‘big one’, I had an episode that I’ve been recovering from ever since. But looking back at all the episodes and the one that I’m currently at the end of, there are some things that are really consistent. All of them, I either just moved to or moved from a foreign country, I was in a stressful job. I was playing competitive sports at a high level, so doing a lot of training, running around, busy on weekends traveling or going out with friends, pretty much a full life, a full plate.

What I realized was that what would happen was that I had a full plate and I didn’t really have any room for any kind of illness. What would happen is I’d get sick. I’d get a viral infection or a chest infection and I’d be out for the count. I’d have to stop everything and it would take me a good month to cover. Six years ago I got a chest infection and the infection went away, but I didn’t get any better. In fact, I started to sort of feel worse. If I just stayed with the symptoms of the chest effects and it would’ve felt better but I had symptoms all over the place, head to toe, obviously extreme fatigue. On my good days, I was housebound. On my bad days, I was bedbound. I had lots of fluey type symptoms, sore throat, headache, achiness.

I couldn’t concentrate, I couldn’t watch television.. I couldn’t read and I’ve always been a big reader. I went to the toilet every five minutes, about eight times a night, so I had an overactive bladder, my digestion problems. I had pain in my hands and my feet and my legs and my arms, and really just symptoms all over the face, feeling pretty bad. Consequently, obviously, if I was on my good days just in the house, I wasn’t able to work. I wasn’t able to do all of the things that I love doing, playing sports was certainly out, reading, even watching television, they were all out. Seeing friends, I could see them for five, 10 minutes, but then it would just really be too hard, it’d take so much energy, so much energy away that it would take me hours to recover.

Really, my life has been in my house and thinking about not being very well. So obviously anxiety was another big problem, what was happening to me, how this has taken over my life, I don’t know what’s wrong with me, health. I tried a whole bunch of things ranging from the weird and wonderful just because I was desperate, really desperate to get better. In trawling through information in chronic fatigue, I came across Ashok’s name and heard about his theory on the Amygdala and thought it was something that made sense and thought, “Well, let’s give it a go, let’s try it and see how it works.” So yeah, so I went along and felt better the very day after the first session. Went out with my husband and he said he can tell a difference that I felt better. Over the next couple of weeks, it felt great. I was getting significantly better. I was able to do things that I wasn’t able to do before.

With the tools, I had an answer to all of those concerns. I had an answer to the doubts. I had an answer to the insecurities. I knew I had a belief that because I had come so far that I could continue, I’d continue on. After about three or four months of using the technique, I was just able to do so many more things. Initially, I was a little bit tentative, but then I started to feel quite confident about things that I might be able to do, and my mother offered to take me on a celebratory trip to say, “Hey, you’re getting better,” and I thought, “Yeah, let’s go.” I hadn’t done any traveling. I’d gone places to visit doctors and things while I was ill, but I hadn’t traveled like I used to and it sounded great and for the first time I felt like I might be able to.

Other things that have happened since, I’ve been able to, for a woman who was crawling to the toilet, I just did, I did a 5K walk for charity, not long ago. I’ve been able to see and get back in touch with friends. I’ve started a writing class. I’ve always liked writing short stories and I’ve gotten back into doing that. I mean, these are things that I just couldn’t even dream about doing even six months ago. Yeah, it’s like rediscovering myself and what’s really nice about it too is that all the fears that I had about whether or not I could be a well person again, I actually think at the other end of this experience of having chronic fatigue and going through the treatments, I almost feel like I’m a better person than I would have been otherwise and stronger and may be able to do more.

The program is quite revolutionary. The thing I would say about this is definitely commit yourself to it. The process of chronic fatigue syndrome as an illness, you’ve got peaks and troughs and so it kind of makes sense that the treatment that you’d go through would have peaks and troughs. When you’re going through your treatment, you are going to feel times when you feel like it’s not going to work. But that’s the time that you need to redouble your efforts, go back to the treatments, go back to the tools that Ashok talks about. Because what you’ll get there is really a positive message and a positive reinforcement and part of that too is you’ll see how you’re feeling. You’ll know what helped me best or helped me most was remembering, look how far I’ve come. It does work.

The best way that I think illustrates the impact that the treatment has had on my lifestyle was the first time I came down to see Ashok. I planned my trip to London, yes, with military precision and it took me about two weeks to plan it and I had to get a hotel room right next to Ashok’s office so that it would take the minimum amount of energy for me to get there and back and I had to make sure that room service at the hotel was going to be able to serve me food that I wanted and I was concerned about what to bring and it was a really big deal, and I’d been a person who’d backpacked around the world. I lived in lots of countries. This is a change from extreme from where I was to how sick I’ve been. But after the treatment and I’ve come down to London, and yesterday I threw some stuff in the bag, I went to stay at a friend’s house. I walked around yesterday, had a nice day shopping. No plans, just being able to enjoy it again. It’s just such a contrast to what … I’ve been able to be myself again and get my life back.