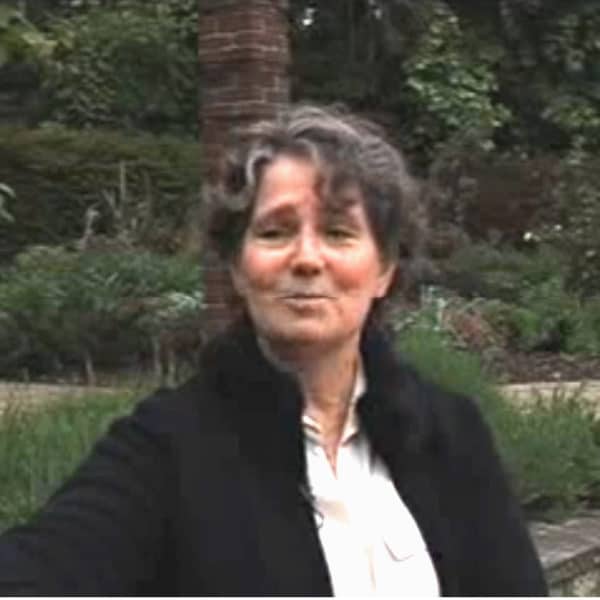 My name is Jan.  I developed fibromyalgia and chronic fatigue syndrome after  I suffered a bereavement. My father, my mother, and my husband all died within 10 months. After that, I went into a depression and was given tablets for that, antidepressant. Sometime during that time, the fibromyalgia and the chronic fatigue started, but I can’t pinpoint an actual time. It starts off just with various aches and pains and a general tiredness, but it got worse, and at sometimes I couldn’t get out of my chair. I was sat there all day just falling asleep, getting up and then falling asleep again. I was working at that time, but after a few months, I had to take sick leave. Then again, after about 10 months, I had to actually tender my resignation, and I was given ill health retirement, and I’ve been on retirement benefit ever since.

The pains did vary. Occasionally they were really severe. I couldn’t sleep. I couldn’t eat. On other occasions, they were, I wouldn’t say minor, but they were varied. I’d start maybe with the pains in my arms, and then within it could be an hour, they would’ve gone and I’d have pains in my back or my legs. The general tiredness was all-pervading. I didn’t feel like going anywhere. I didn’t feel like doing anything, and it really did take over my life to where I was just thinking about it all the time, as to how I would feel the next day or the next hour. That was depressing in itself.

I started to compensate actually by overeating, which is not a good idea. I can tell anybody that. It was the only thing, to eat and drink, just sit and eat and drink all day. I didn’t want to read or watch television, certainly didn’t want to go out, any activities. It really tied me to the home and totally different to how I was before. The treatments, I tried. My doctor recommended acupuncture to start with, which was okay but didn’t have any long-term effects, no benefit long-term. We tried manipulation. That was extremely painful and I didn’t continue with that. They had aqua aerobics. They seemed to think it was muscle wastage, that was my problem, and so they gave me all these things to try and build up my strength, but actually they just made me feel worse, antidepressants of course and very strong painkillers.

I used to have to attend a counseling service in Leeds which was an hour and a half’s bus journey because I do not drive, and I’d have a half an hour session there, and then it was an hour and a half back. They wondered why I wasn’t getting any benefit from it, when of course with chronic fatigue, it just wore me out. It was after one of these visits that I was very, very ill. In fact, I got into my head I was going to have a stroke or something, very, very ill, and I made a promise to myself then that I would stop all these tablets, all these visits, and I will cope with it on my own, how I felt I could cope with it. That’s what I decided. But it was okay doing it on my own, but I still needed help to make a breakthrough.

It was while I was just searching the Internet, and I came across one article that mentioned the amygdala, which I’d never heard of before and no doctor had ever mentioned that before. I thought, “Oh, what is the amygdala?” So I looked again and found out what exactly the amygdala was. Linked to that was the site for  Ashok so I thought, “Well, okay, I’ll have a look.” I clicked on it and read through and I thought, “This is me. This is exactly how I’m feeling. This is exactly what’s been happening.” So I came down to London to meet with Ashok at the clinic, and it was a terrible day, pouring with rain. I remember standing in line for a taxi and having to wait a long time. But I met Ashok, we went into the clinic, and we went through the amygdala training, which took about an hour and a half. We went through all the techniques to retrain the amygdala, and I felt really good about myself afterwards. I didn’t honestly think it may work. I was a little bit sceptic, but I was wanting it to work, but with that little bit of scepticism about, “Would it?”

But I came out of there and I really felt good and really positive about the future, felt really good in myself. It was still a terrible day, but I didn’t care as much, so I went back to Yorkshire, and Ashok had given me a relaxation tape as well, which I listened to. I went through the processes every day for about a week, the techniques involved, and found it very helpful. If I did tend to slip back into my negative way of thinking, then I just went through the program one more time and put myself back on the right track. I still use it occasionally today. I don’t use it all the time because I don’t need to use it all the time. It has really helped me so much. Just keep those papers handy in case I need to go through it again and just keep on track with the good work so far.

There have been small setbacks, and I do state they are small. I’ve had days where I perhaps didn’t feel quite as well, quite as positive, maybe a little pain. I go through the treatment, through the amygdala training again, and that does help me, and I now can do more things. I’m more active. I have a new grandson, which is marvelous because I can actually play. I’m afraid I’d stopped playing with my grandchildren, which is a terrible sin. My granddaughter now says that Grandma’s back again, because I take them out and we go on holiday and we do things together, which is nice. I work for charity. I go out a lot with my friends. We go walking. We go visiting sites and having a good time and a good laugh, and a big thing is to be able to laugh again. I found I don’t think I laughed for about two years, and now we are. We’re happy and we’re laughing again, and it’s a lovely feeling. Yeah, there probably will always be little setbacks, but they are small setbacks, and with continuing the training, we overcome it.

I feel so much better now, so much better in myself. There’s very little pain, occasional pain but not a lot. I feel now that my life is back on track to what I would’ve thought I would be at my age. I feel that I’ve got another 20 years perhaps if I’m lucky, and I’m going to make the most of them. It’s going to be good. When I came down, as I said, I was a little bit skeptical about the treatment. It’s not something that I’d heard had been proven, but at that stage, you get desperate. You try anything. It has worked for me, and I think it can work for a lot of people. They will have to commit themselves to it. It’s not all-invasive. It’s not going to take you all your time to do it.