A new ground-breaking study published this week in the prestigious Journal of Clinical Medicine, has given hope to millions of Fibromyalgia sufferers around the world. It is estimated that at least 2% to 5% of the population suffer from this complex pain condition in some form, and until now there has been a lack of effective treatments. The novel neuroplasticity treatment known as “Amygdala and Insula Retraining” was delivered in addition to Mindfulness (MAIR), the combination being known as the “Gupta Program”. It was tested for 8 weeks against a control group engaging in an equivalent amount of relaxation techniques. 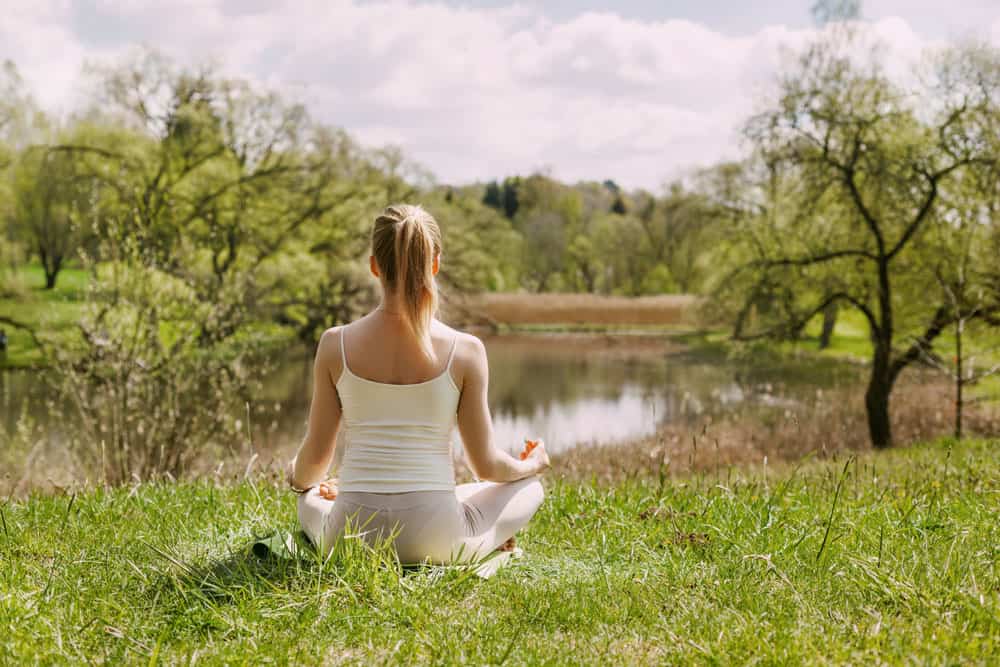 The results found that after just an 8-week intervention, the MAIR group had significantly greater reductions in symptoms and pain, and increases in overall health, compared to the control group:

“Finally, we have a novel way of treating the underlying causes of illnesses such as Fibromyalgia and ME/CFS, recognizing that these are neurological illnesses that can be reversed in the brain.” Ashok Gupta

It is believed that around 10m people in the USA, and 2m people in the UK, may suffer from Fibromyalgia. It is a disabling syndrome of unknown cause, mainly characterized by widespread musculoskeletal pain and symptoms such as fatigue, stiffness, sleep problems, cognitive dysfunction, and distress. It generates a huge amount of suffering in the population, and a great economic burden for public health.

A combination of exercises, relaxation techniques and cognitive approaches have previously been recommended for patients, showing positive but limited short term benefits with small effect sizes.

This study was a randomized controlled trial (RCT), with a total of 41 Fibromyalgia patients who were randomized into two study arms: the active intervention group using a combination of Amygdala and Insula Retraining and Mindfulness (MAIR), and an active control group engaging in an equivalent amount of time in relaxation techniques (RT), both as add-ons to treatment as usual.

There were also significant improvements in clinical severity and health-related quality of life, again with large effect sizes.

The study also analysed changes in a brain chemical known as brain-derived neurotrophic factor (BDNF). Some studies have found this to be elevated in Fibromyalgia, with some authors suggesting its potential implication in worsening pain symptoms, as it plays a key role in a variety of neuroplasticity processes, including pain
modulation, pain transduction, nociception, and hyperalgesia.

In the study, there were no changes in the BDNF levels in patients in the control group. However, in the active MAIR group, levels of BDNF were significantly reduced and approached those of pain-free controls, pointing towards a normalizing effect of MAIR.

This is the first controlled study of its kind to examine the effects of neuroplasticity programs on chronic illnesses, and it is hoped that this study will attract further funding for a larger-scale trial, and bring hope to millions of sufferers. 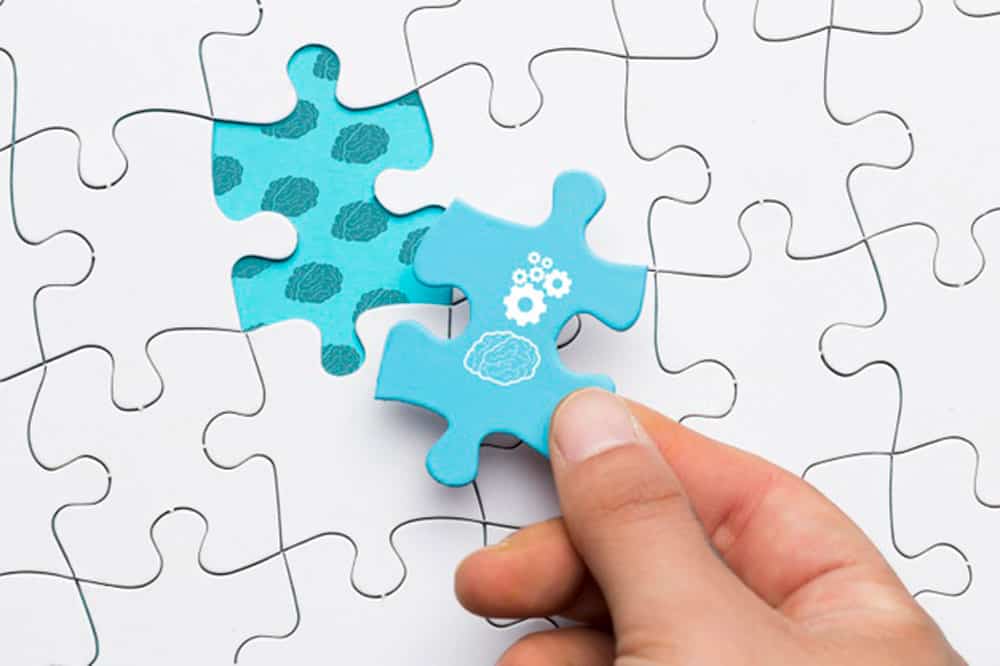 For further information and interviews, please contact Jess, jess@guptaprogram.com Interviews can be arranged with Ashok Gupta Ma (CANTAB), MSc, the founder of the program, if requested. 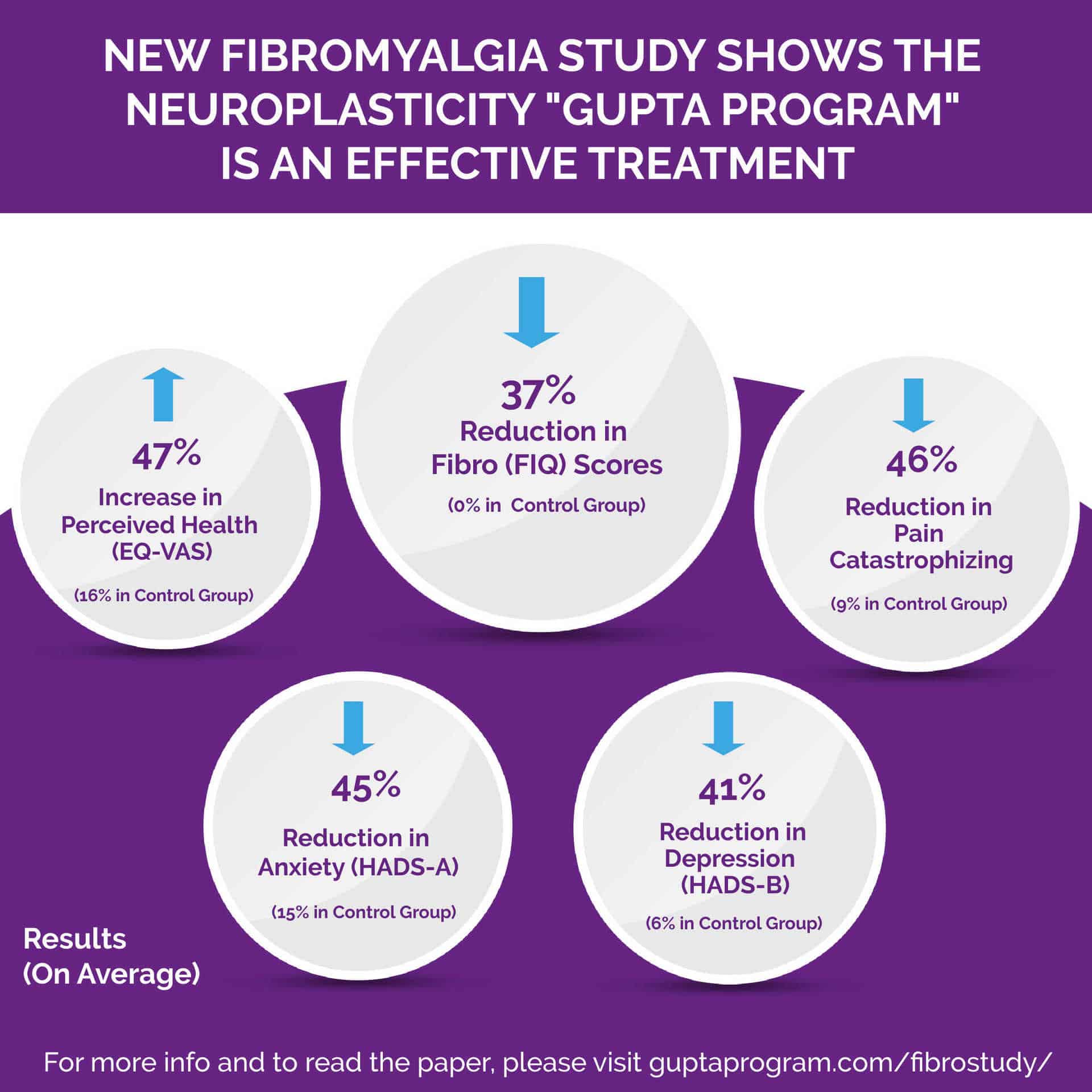