How Chronic Illness Starts In The Brain 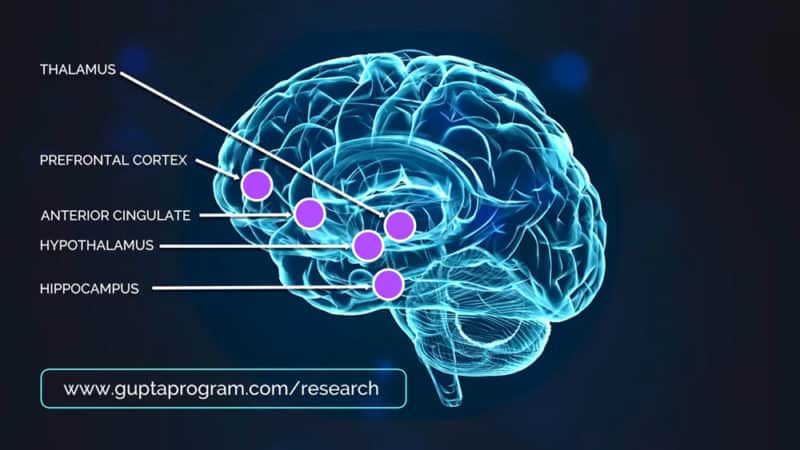 The insula and the amygdala are two parts of the brain which may be involved in over-triggering this hyper defense response, which then goes on to cause all of the symptoms. Now of course, the whole brain is involved in triggering the defense system, but it could be that the core conditioning, that core learning that the brain has done, may have occurred inside these two structures.

What is the role of the amygdala?

Well, it is partly responsible for protecting us from danger by triggering the fight-or-flight response, also called the sympathetic nervous system. And it is also involved in immune responses together with other brain structures.

What is the role of insula?

The insula is responsible for taking in all incoming sensory data from the body and processing that information. And then triggering the right response in the nervous system and immune system. And the insula is also involved in managing pain signals. There are various other parts of the brain which are involved in this condition such as the prefrontal cortex, the anterior cingulate that is involved in attention, the thalamus which brings together all our senses, the hippocampus which is involved in short-term memory, and the hypothalamus that regulates the autonomic nervous system. For more detailed information you can read my medical papers here https://www.guptaprogram.com/wp-content/uploads/2019/02/cfs-hypothesis-medical-hypotheses-article.pdf

Like a light switch, our defense systems are designed to be triggered to the on position, deal with the danger, and then triggered back off, so we don’t waste energy. However, perhaps when we first got the condition, these defensive systems got over-triggered, because the things that happened potentially threatened survival, so the switch can stay in the on position.The fight-or-flight system stays switched on, and the parasympathetic system does not get a chance to heal and repair our body. And of course, this uses up all our energy and leads to exhaustion.The whole brain becomes hypersensitive and hyper-reactive, the brain easily gets triggered, using up all our defense responses. This gives us a clue to how the condition starts.