WE ARE SO EXCITED TO ANNOUNCE THE NEWS!

Giving Hope To Millions of Fibromyalgia Sufferers, as the First Randomized Controlled Trial Ever Published on a Neuroplasticity Program!

It is estimated that at least 2% to 5% of the population suffer from this complex pain condition in some form, and until now there has been a lack of effective treatments. The novel Neuroplasticity program known as “Amygdala and Insula Retraining” was combined with Mindfulness to create 'MAIR', also known as the Gupta Program, and was tested for 8 weeks against a control group engaging in an equivalent amount of relaxation techniques.

The results found that after just an 8 week intervention, the MAIR group had significantly greater reductions in symptoms and pain, and increases in overall health, compared to the control group. The Gupta Program is normally a minimum 6 month intervention, so we expect even better results when used for a longer period. These are the key results from the 8-week study: 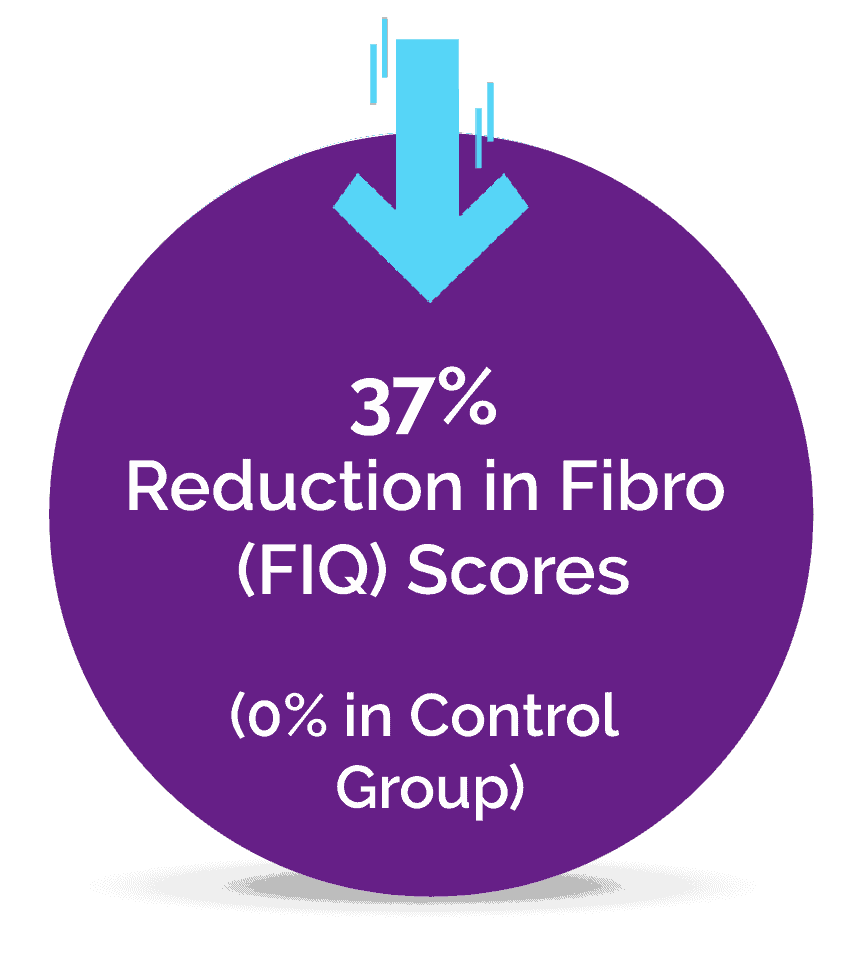 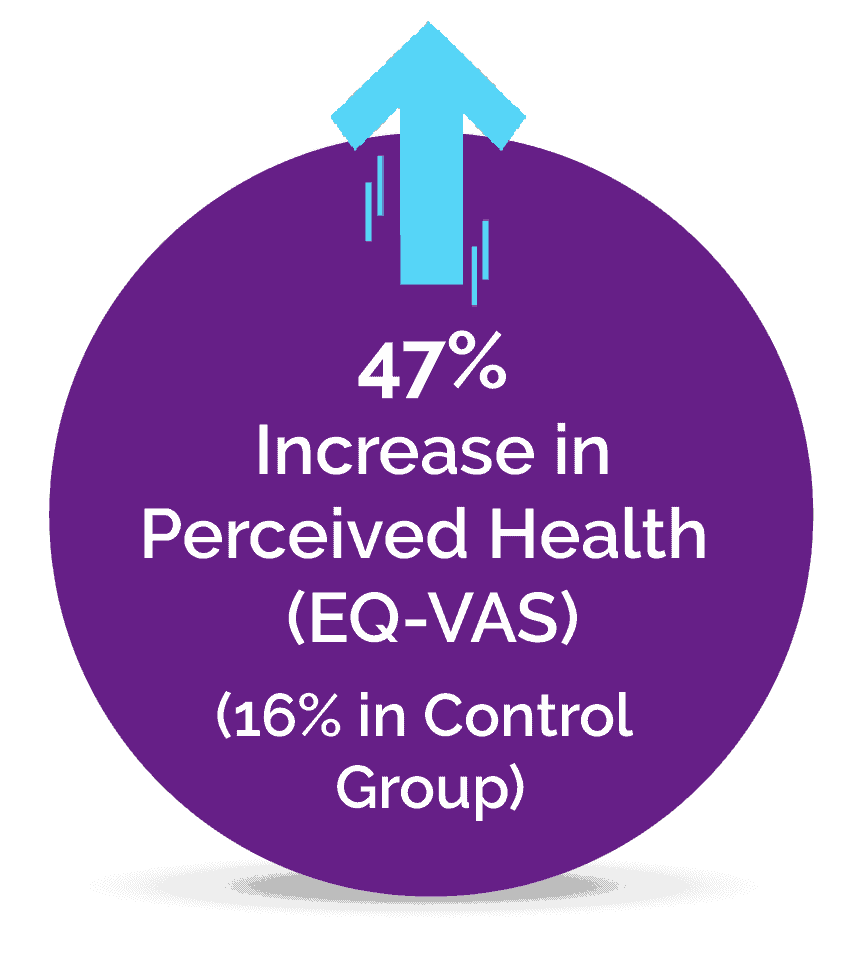 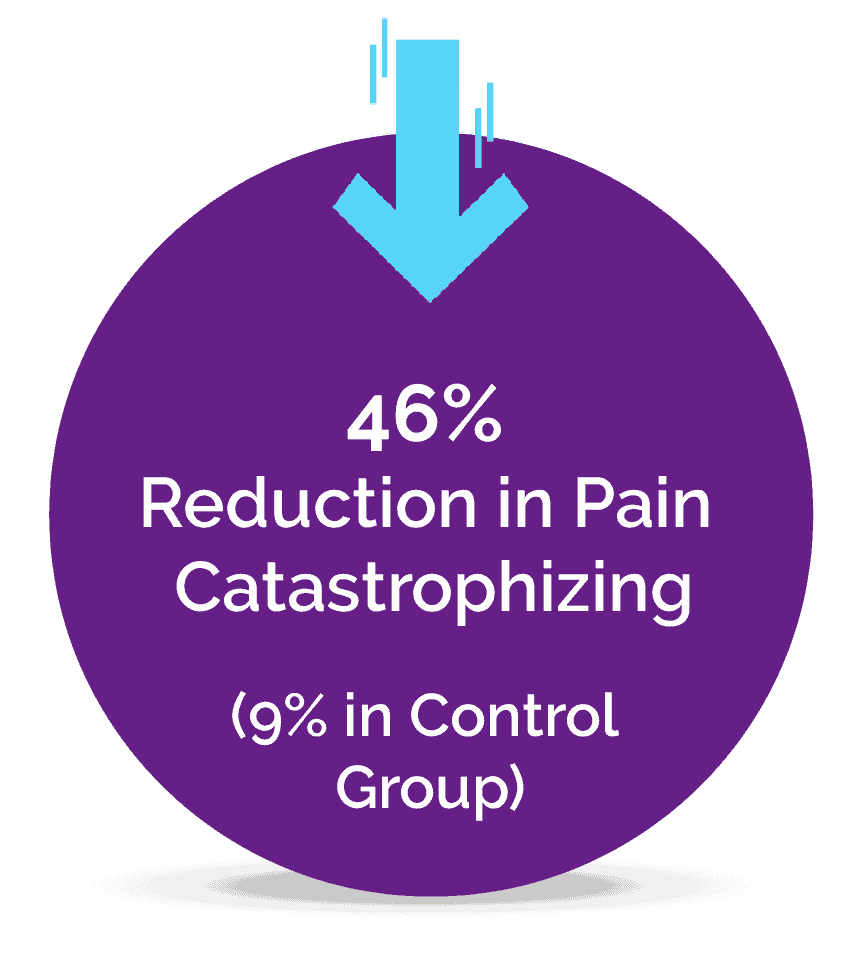 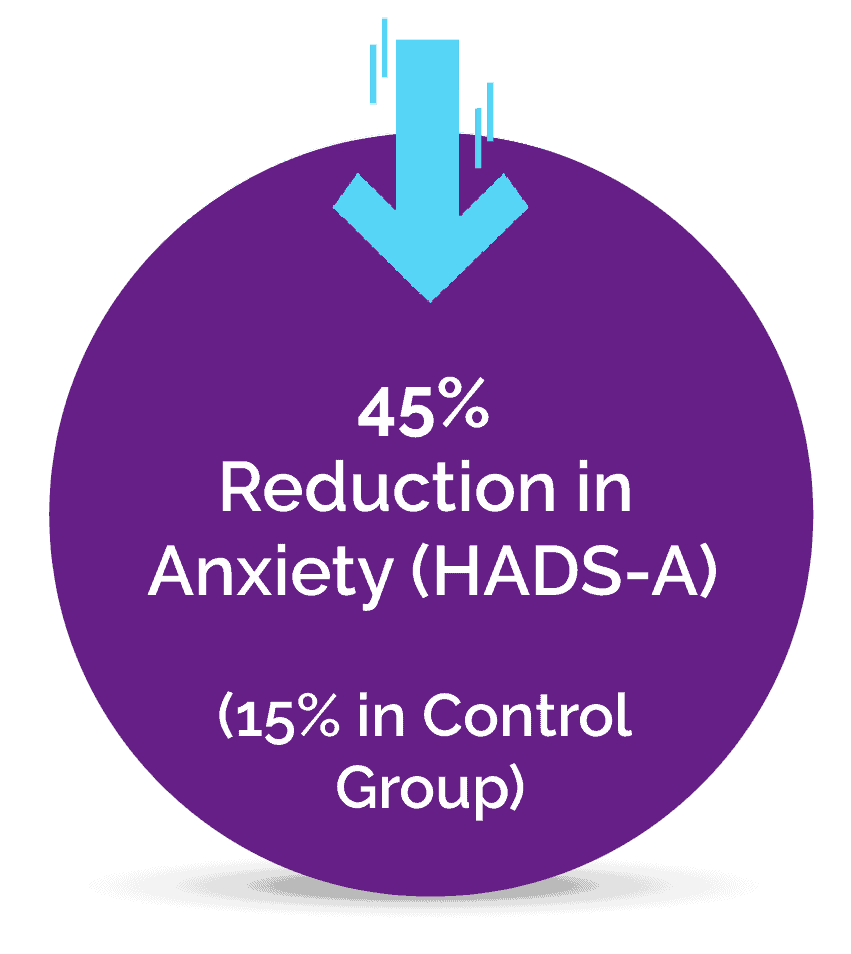 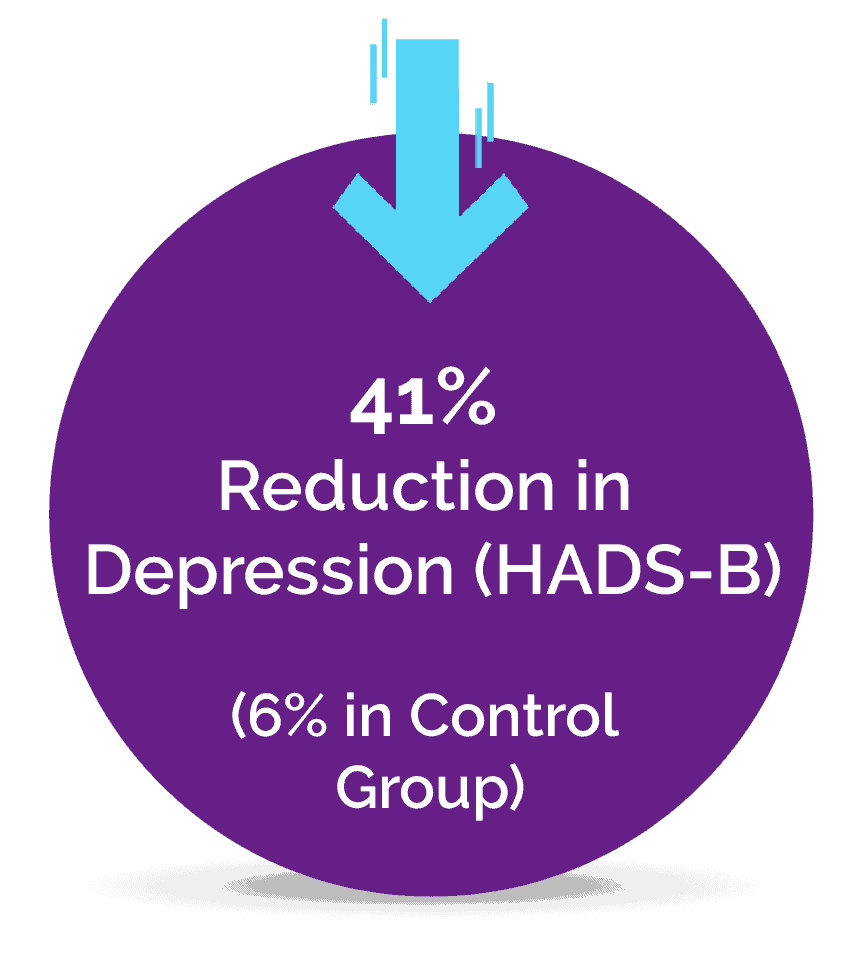 It is believed that around 10m people in the USA, and 2m people in the UK, may suffer from Fibromyalgia. It is a disabling syndrome of unknown cause, mainly characterized by widespread musculoskeletal pain and symptoms such as fatigue, stiffness, sleep problems, cognitive dysfunction, and distress. It generates a huge amount of suffering in the population, and a great economic burden for public health.

Here Are The Details of Our Study

This study was a randomized controlled trial (RCT), with a total of 41 Fibromyalgia patients who were randomized into two study arms: the active intervention group using a combination of Amygdala and Insula Retraining and Mindfulness (MAIR), and an active control group engaging in an equivalent amount of time in relaxation techniques (RT), both as add-ons to treatment as usual.

The study also analysed changes in a brain chemical known as brain-derived neurotrophic factor (BDNF). Some studies have found this to be elevated in Fibromyalgia, with some authors suggesting its potential implication in worsening pain symptoms, as it plays a key role in a variety of neuroplasticity processes, including pain modulation, pain transduction, nociception, and hyperalgesia.

In the study, there were no changes in the BDNF levels in patients in the control group. However, in the active MAIR group, levels of BDNF were significantly reduced and approached those of pain-free controls, pointing towards a normalizing effect of MAIR.

About Ashok Gupta and The Gupta Program

For over two decades, the Gupta Program has been supporting patients with chronic conditions such as ME/CFS, Fibromyalgia, Chemical & Mold Sensitivities and post-viral fatigue to rebalance their nervous and immune systems using the principles of neuroplasticity and holistic health practices.

Ashok's Amygdala and insula hypothesis for chronic conditions, as published in 2001 in the medical journal “Medical Hypotheses”, indicates that conditions such as ME/CFS, Fibromyalgia, post-viral fatigue, and post-COVID syndrome, may be neurological in nature, caused by abnormalities in the functioning of various brain structures. Even once the original illness has been fought off, the immune and nervous systems may have become traumatized and stuck in a hyper-response mode. The brain and the body fall into this vicious cycle that perpetuates neurological and immune over-stimulation, physiological dysfunction, inflammation, and many resulting physical symptoms. 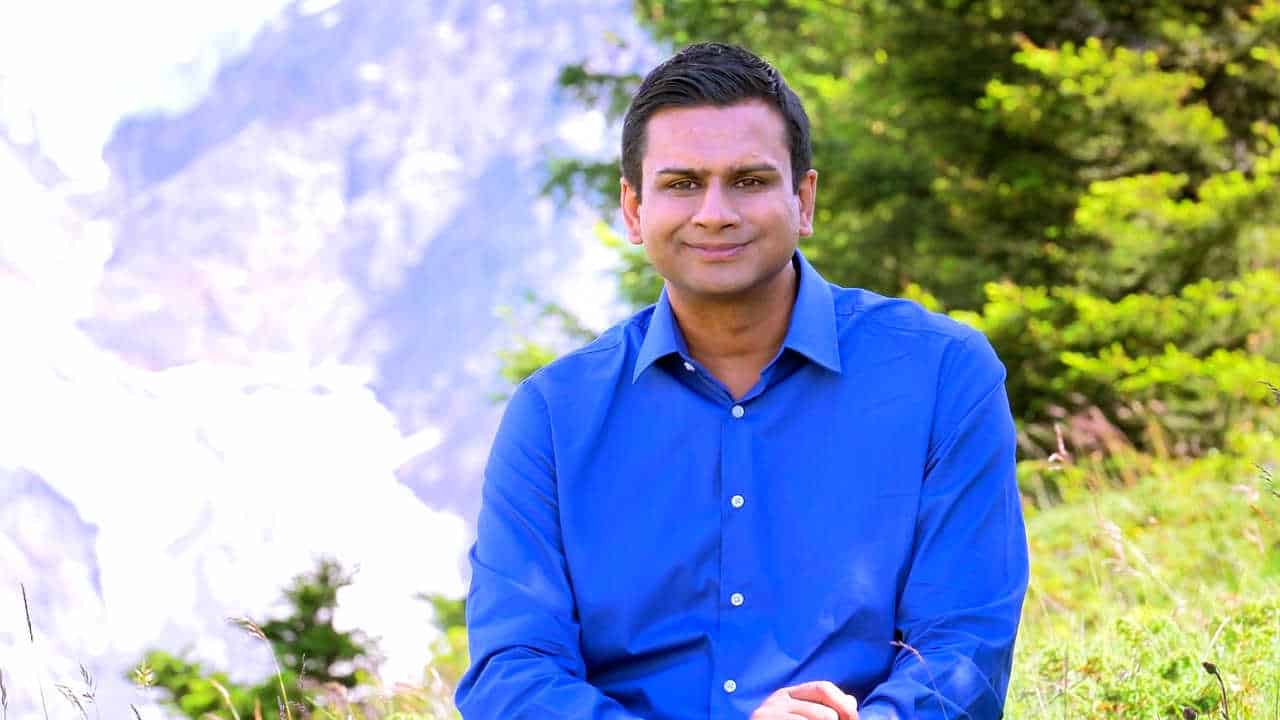 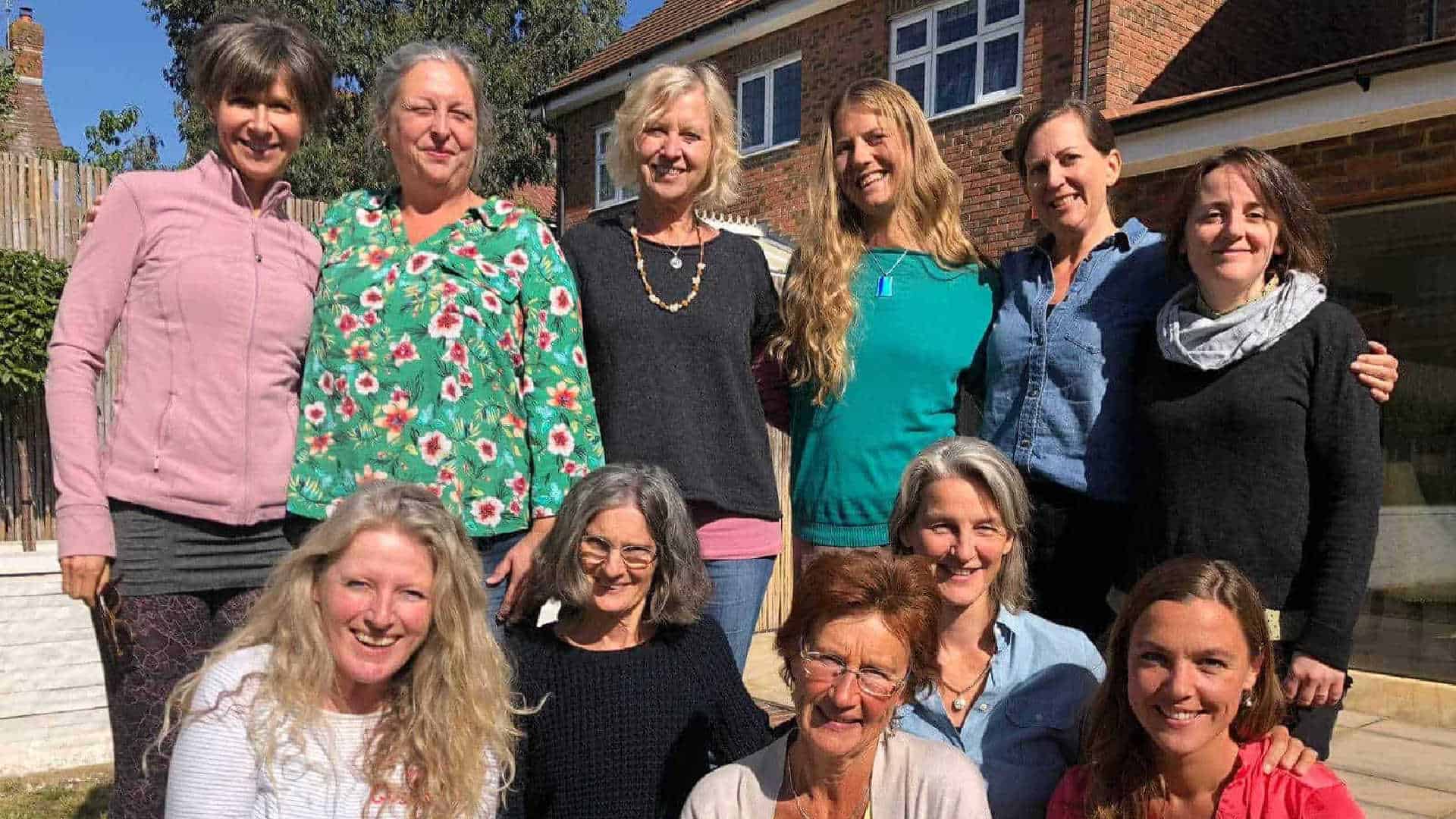 The revolutionary neuroplasticity and holistic health tools and techniques within the Gupta Program stop the amygdala and insula’s hyper-reactions, allowing the body to trigger the parasympathetic system, encouraging its own healing mechanisms to fully restore balance and homeostasis and enter its optimal healing state.

Get Immediate Access To Revolutionary Neuroplasticity Techniques Personally designed by Ashok, based on his 20 plus years of experience and research. PLUS a free 12- Week Webinar Series. 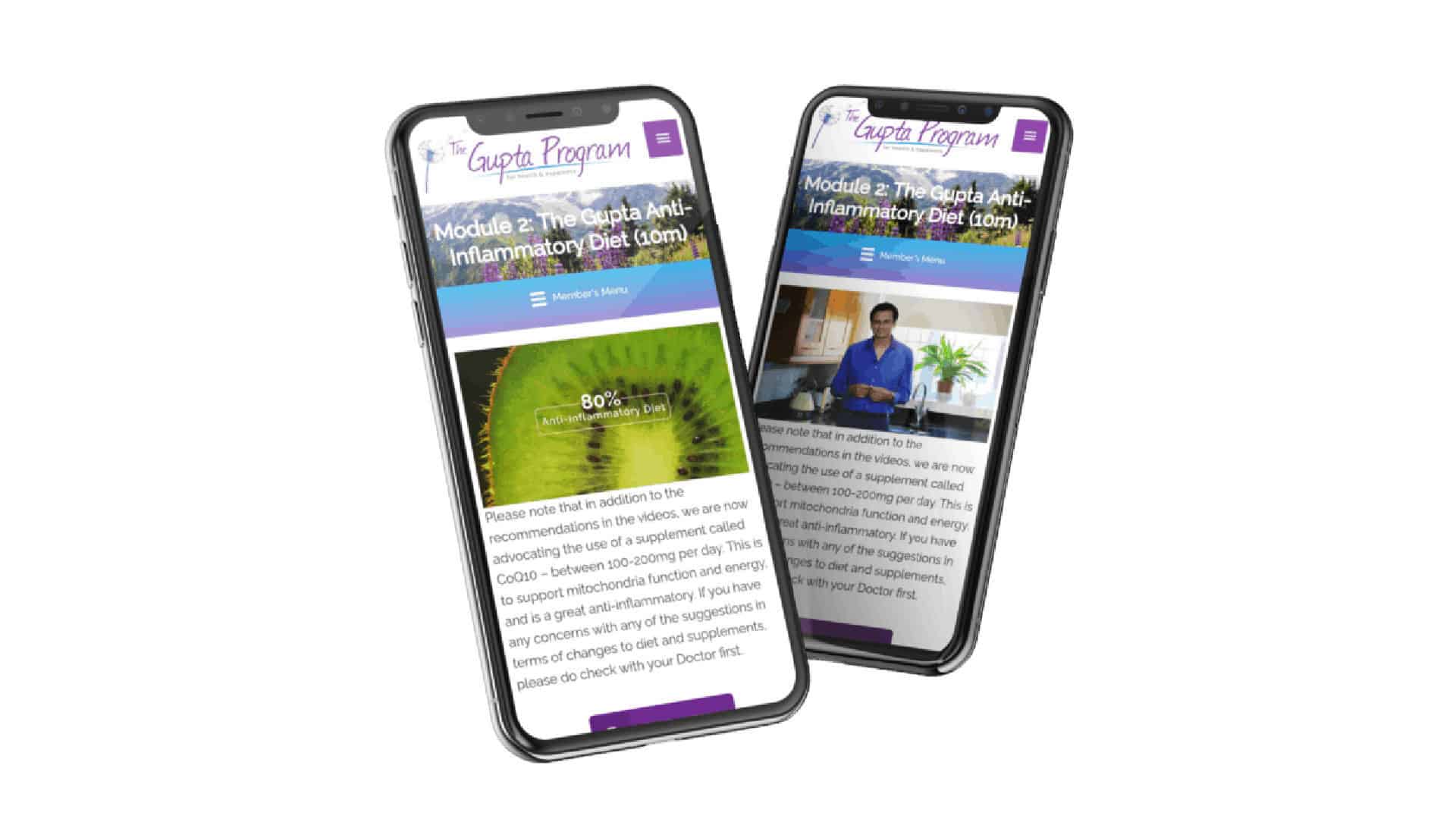 On topics such as diet, sleep, nutrition, mindfulness and pacing 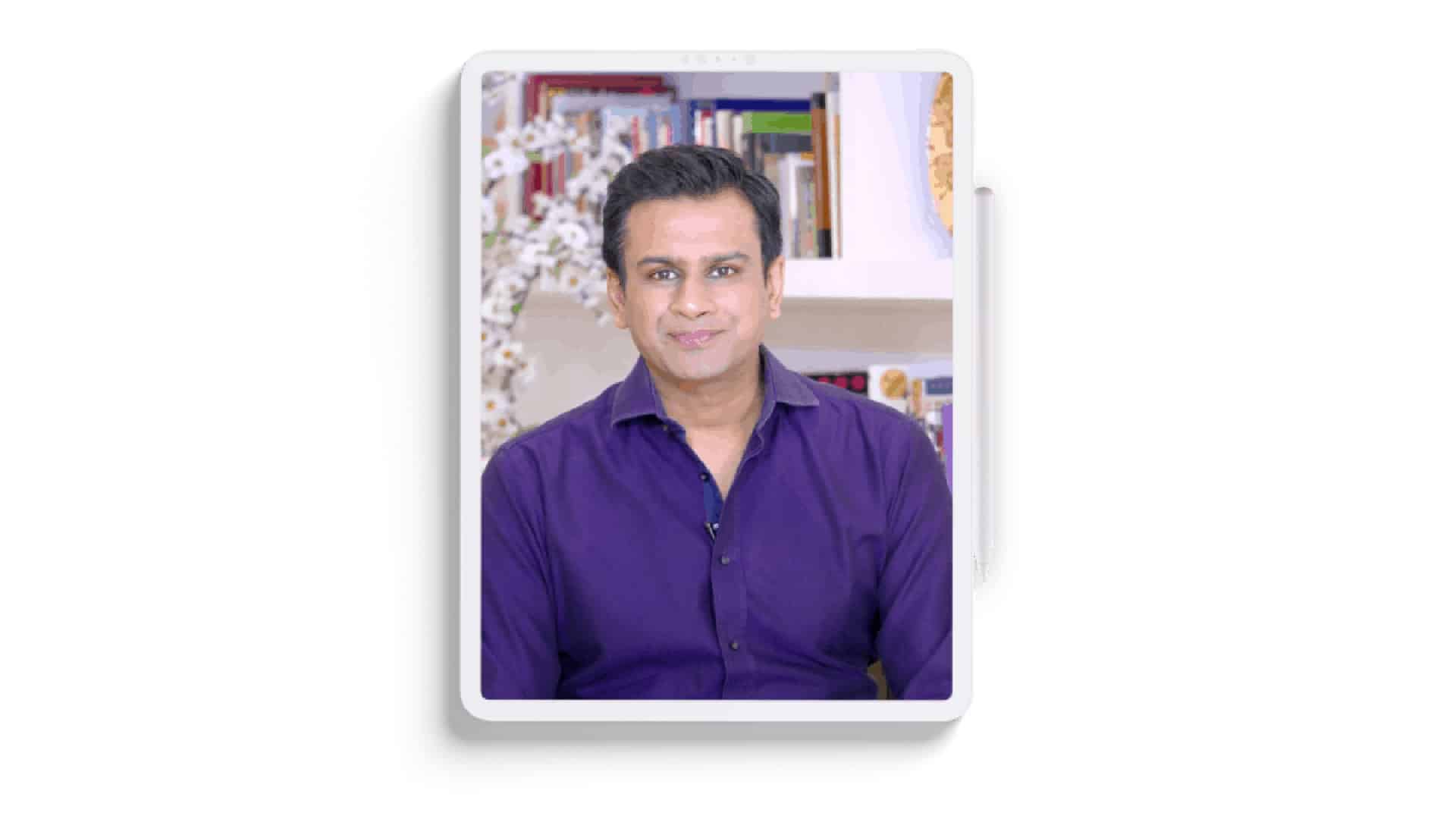 Get motivation & support throughout every step of your healing journey and have your questions answered directly by Ashok. 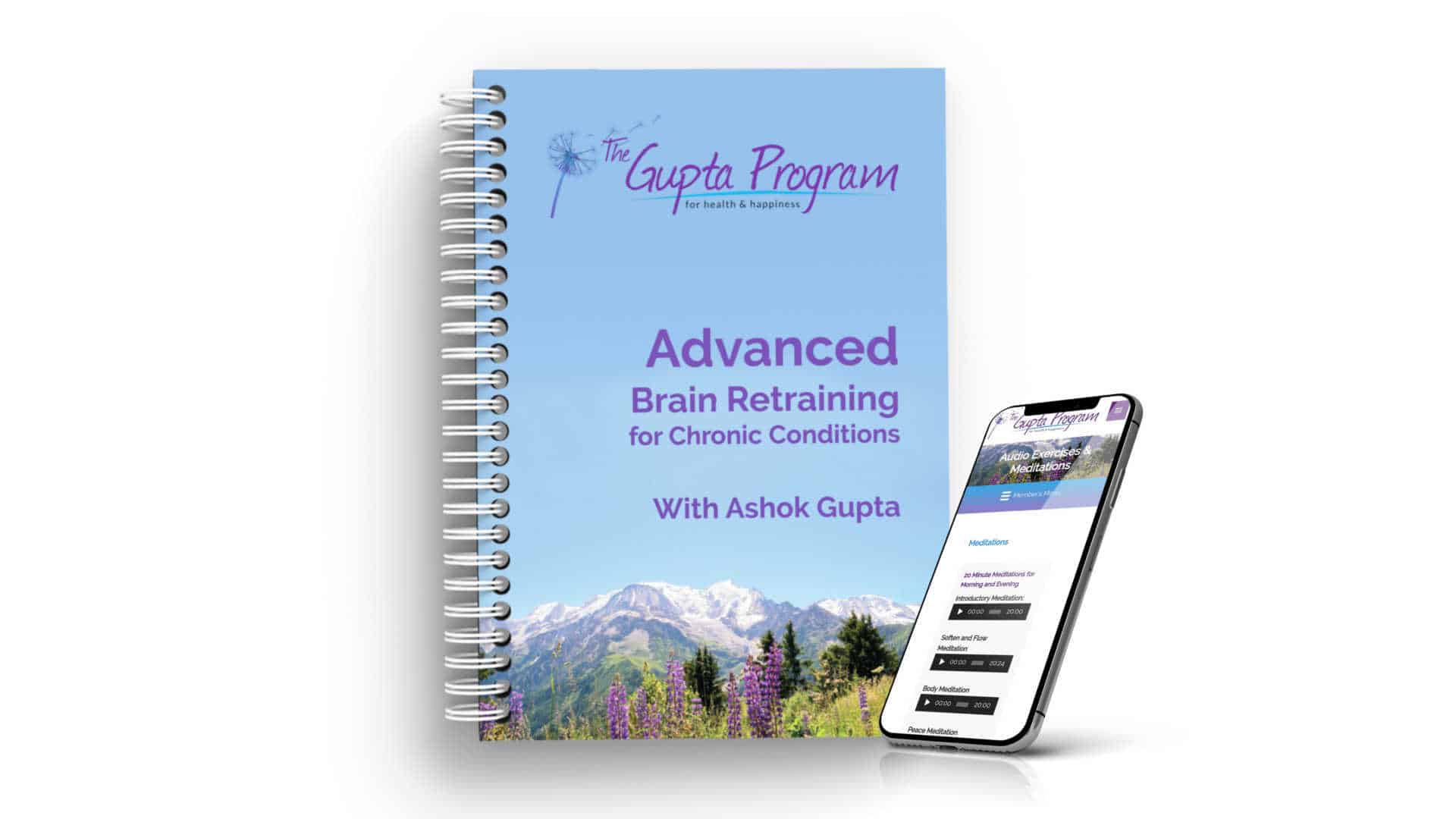 An Extensive Collection of Supporting Materials

You will receive a Manual and Mind Map in the post. Online there are numerous supporting audio exercises and meditations. These easy to access resources will help deepen your recovery further. 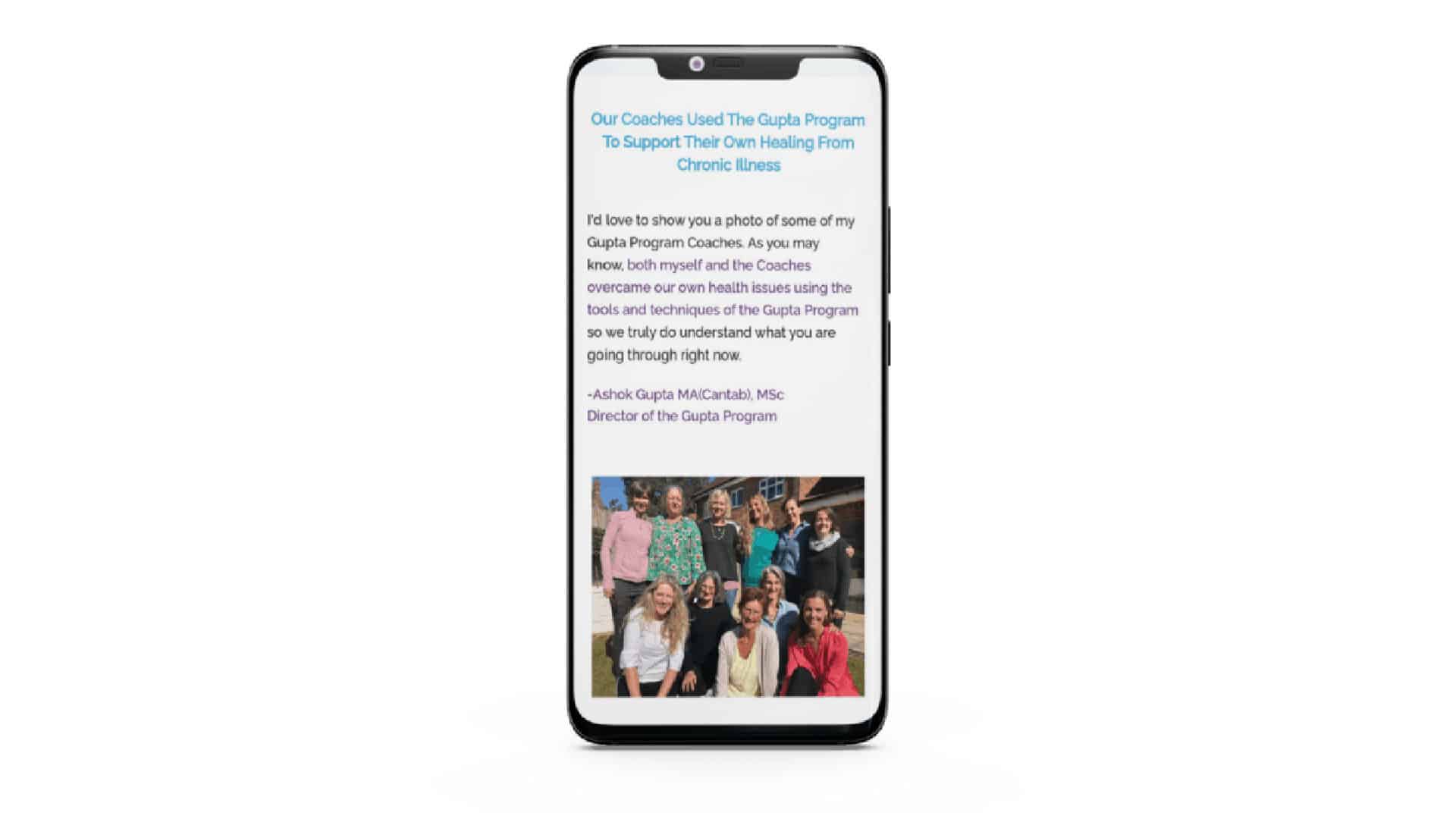 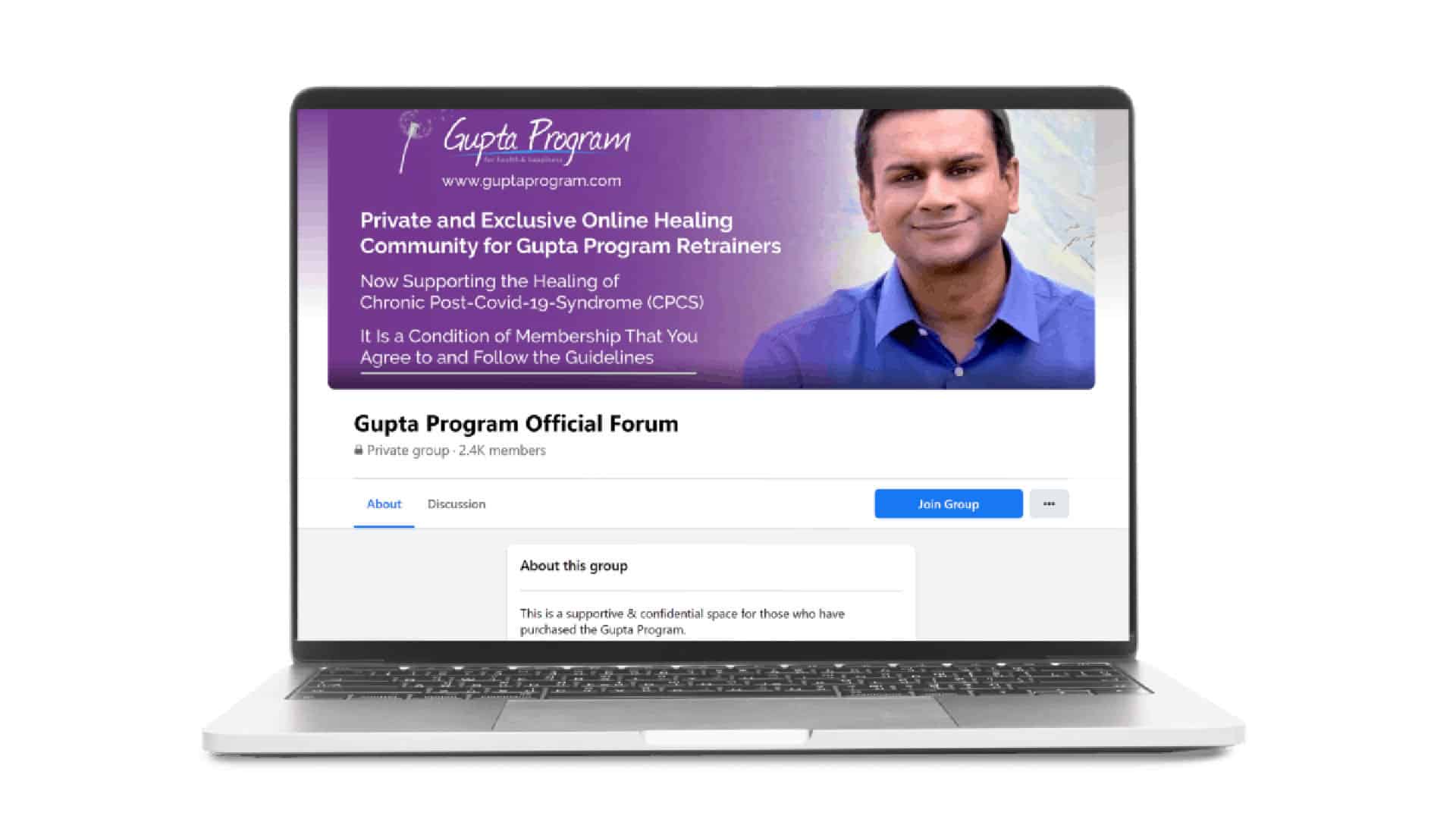 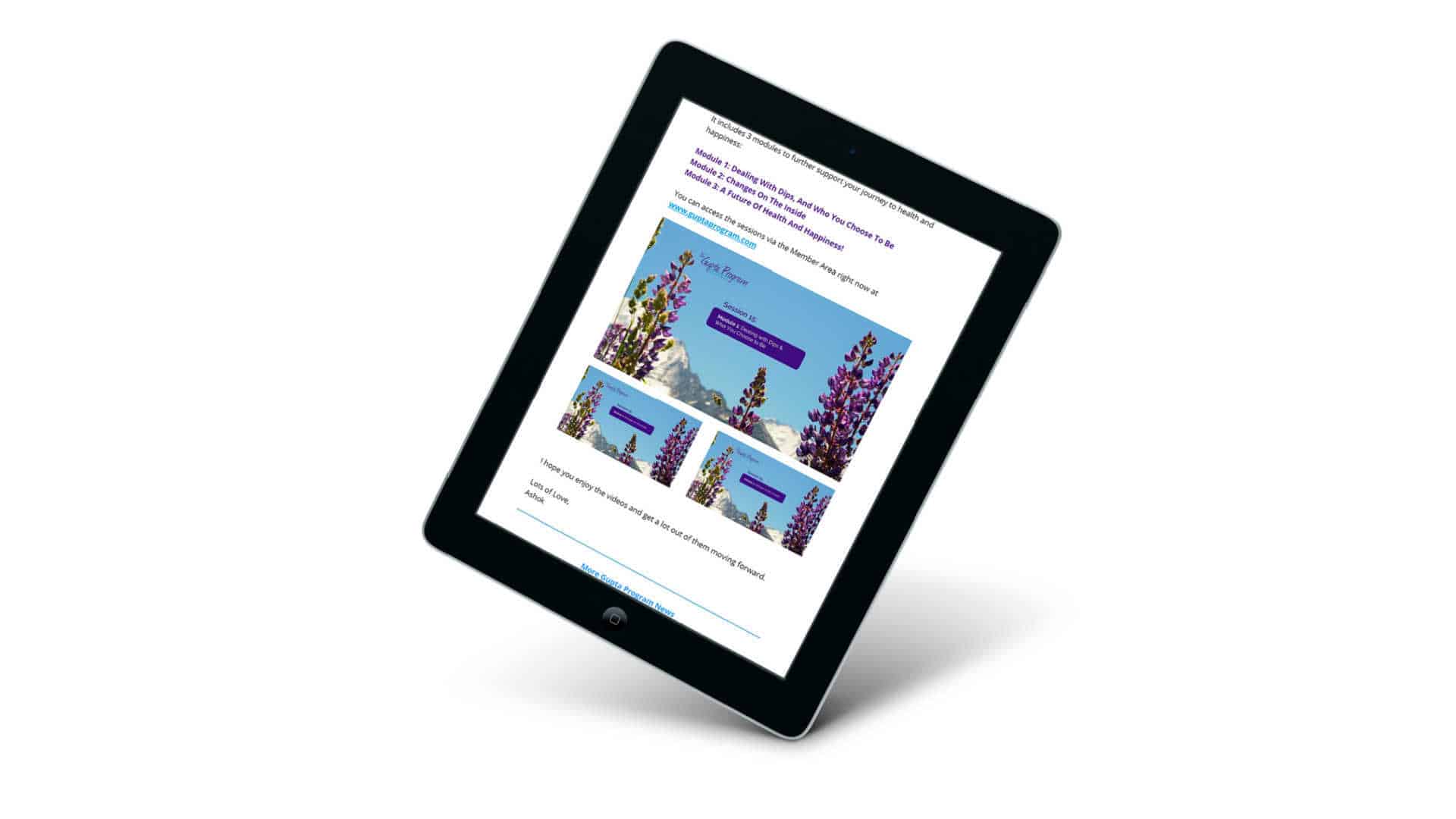 We send regular newsletters to members that contain the latest healing content. 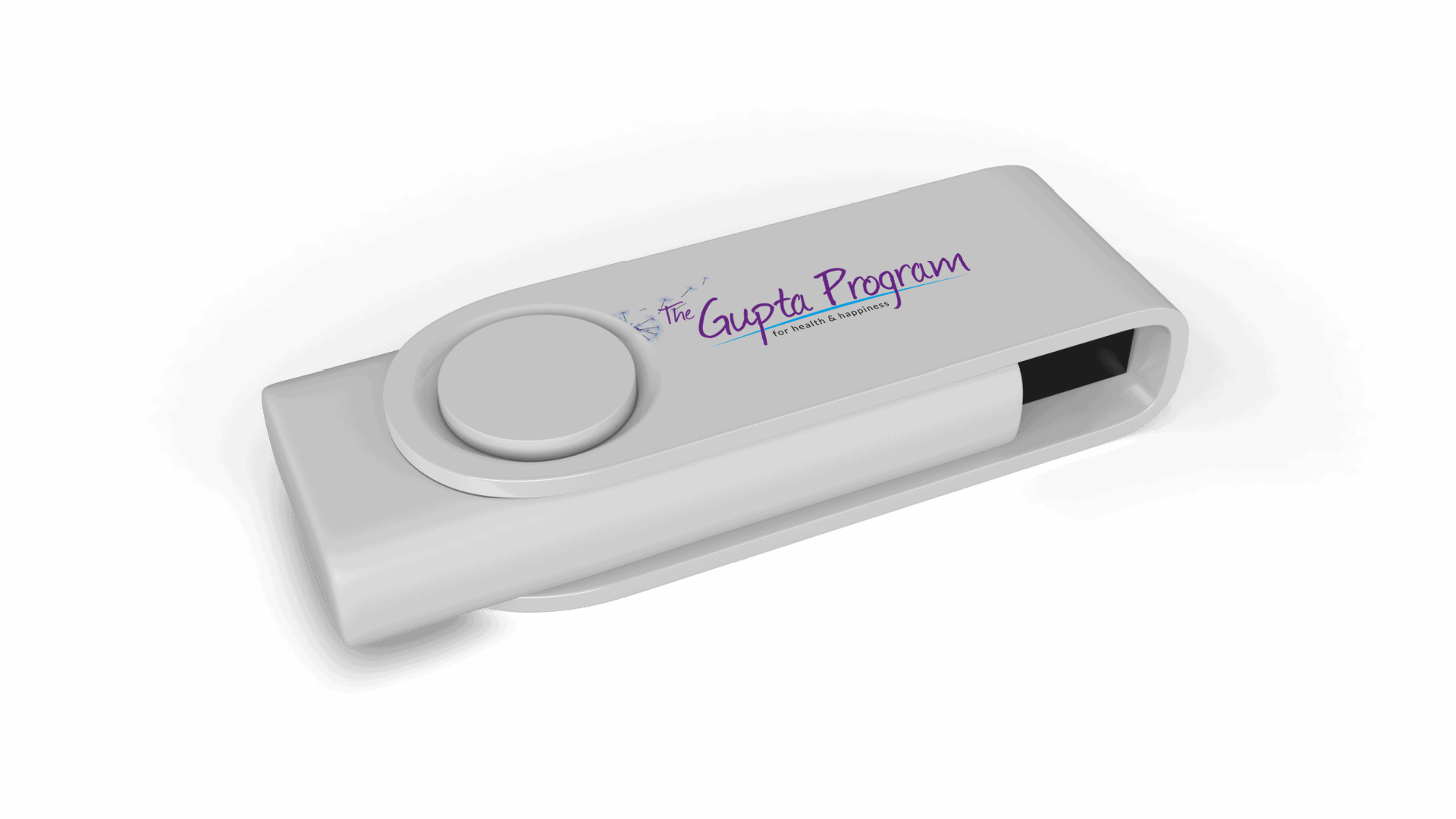 Containing all the Videos, Meditations and Audio Exercises that you can play without the need for an internet connection, and that you can keep forever. 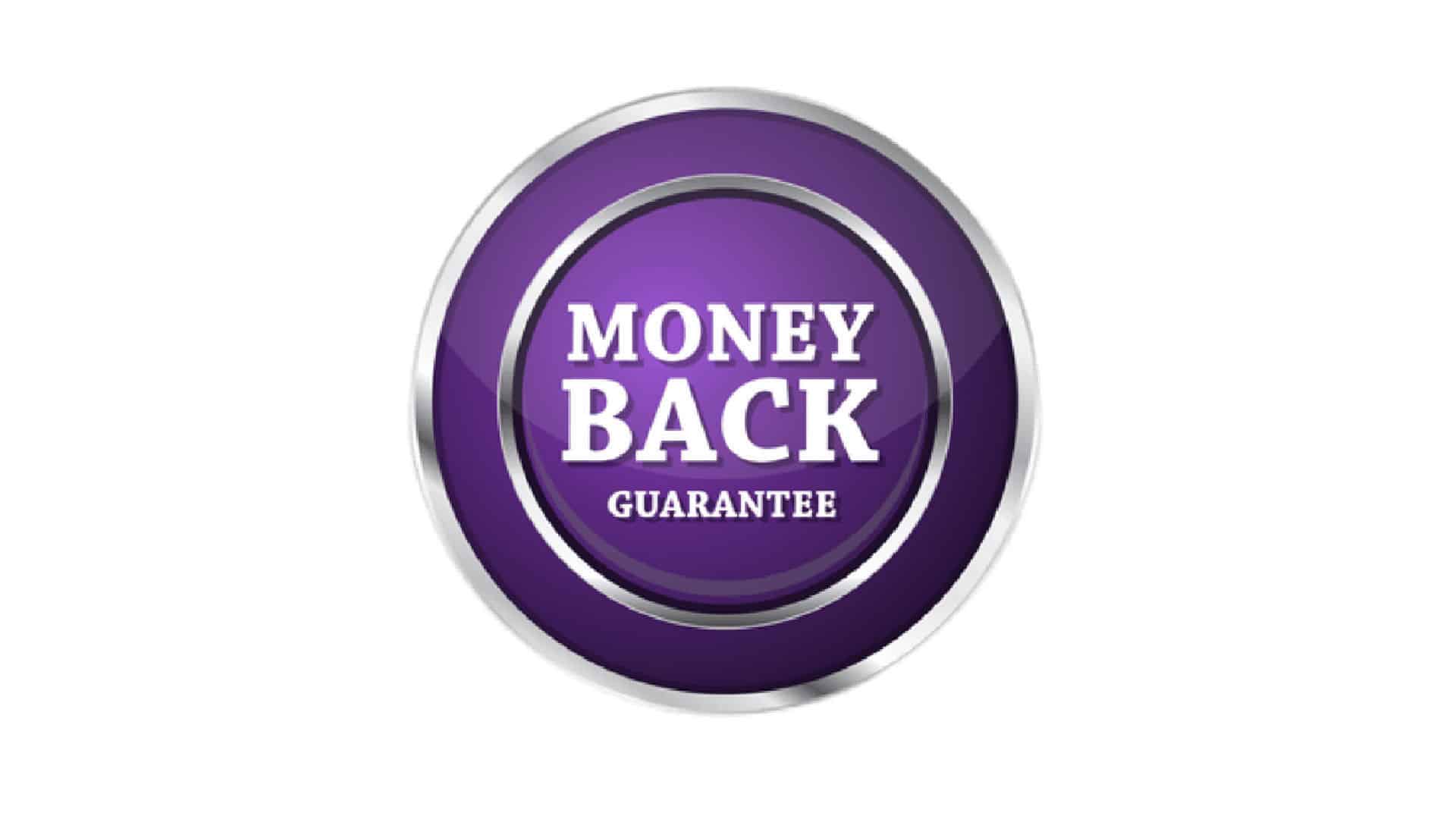 We offer a one-year Money-Back Guarantee for your peace of mind, no questions asked.

Get a 12-Week Webinar Series Included in your Gupta Program v5.0 Purchase Today

When you invest in the Gupta Program v5.0, not only get immediate access to the revolutionary neuroplasticity and holistic health system, you also receive a free 12- Week Webinar Series (worth $119). 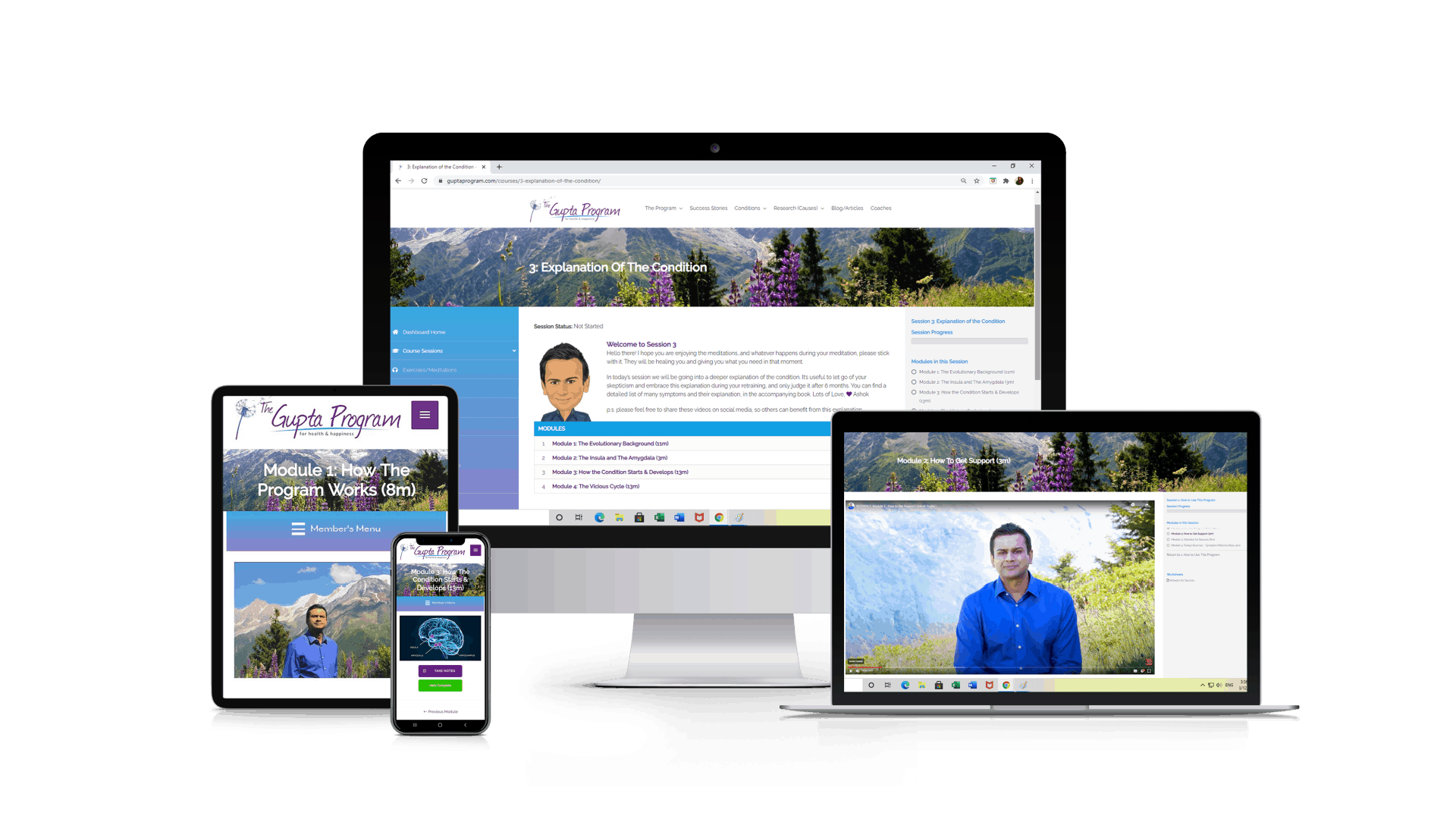 Over the next 28 days get a sneak-peek into the revolutionary techniques of the Gupta Program, and learn the science behind how the expertly crafted combination of neuroplasticity & lifestyle changes can help support your healing.

If you then go on to invest in full membership you will be granted access to a 12-Week webinar series as part of your purchase.

You will receive all of the following: 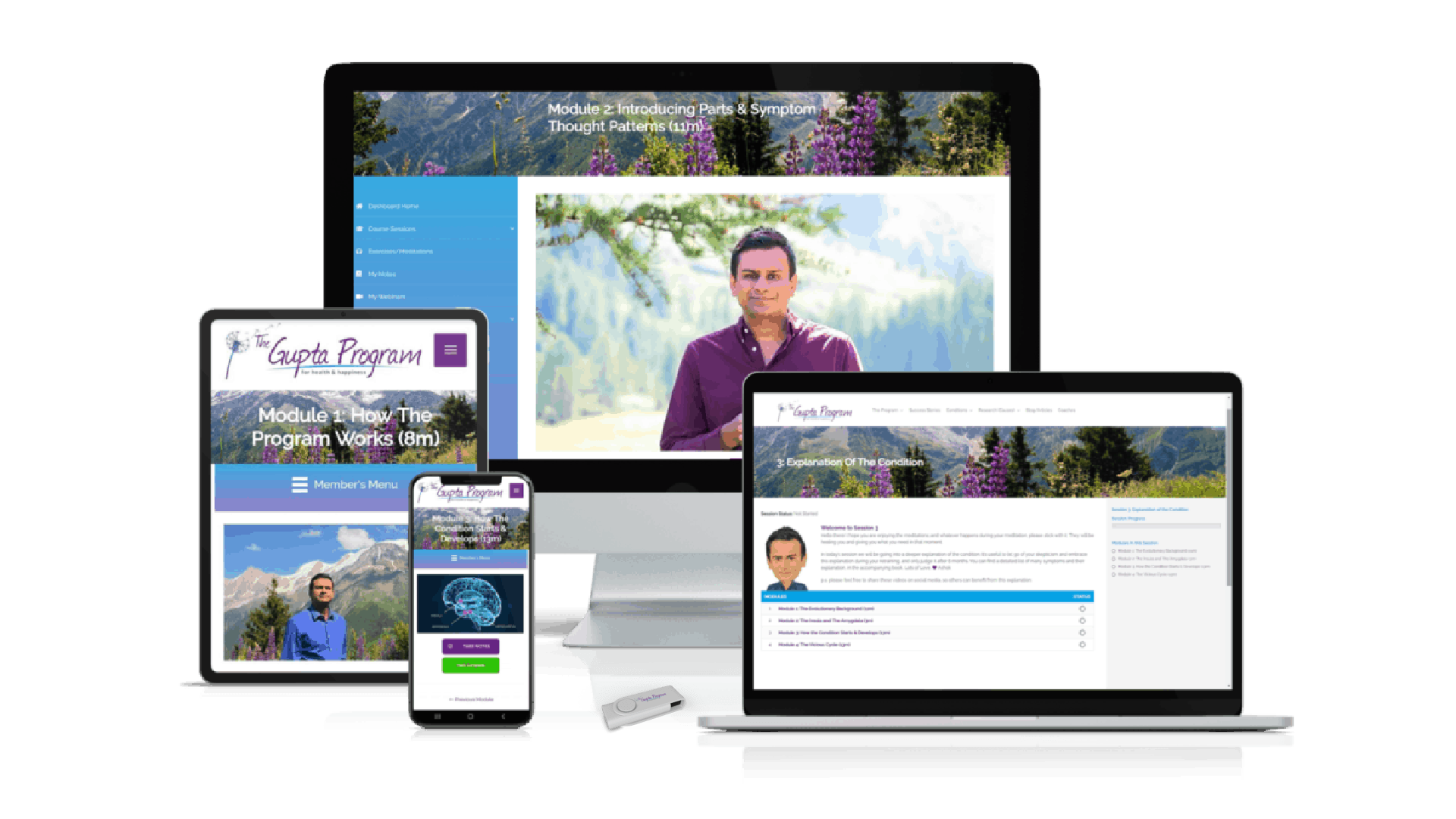 Get everything that is included in the standard package PLUS a USB drive which contains all the Videos, Meditations and Audio Exercises that you can play without the need for an internet connection, and that you can keep forever.

This option is particularly useful if you don't want to rely on internet access to use the Program or if you have Electrical Sensitivities. 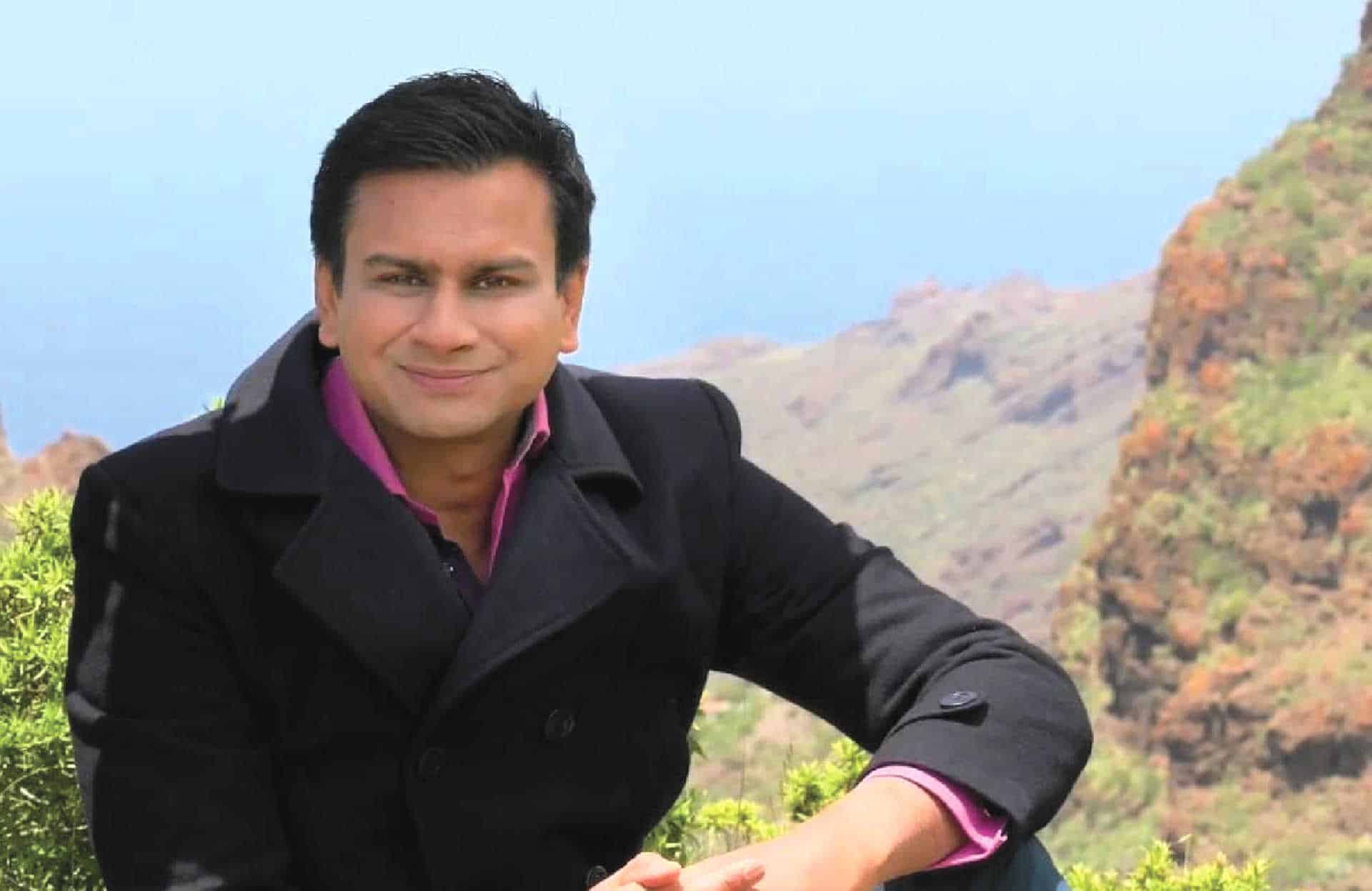 If you notice no improvement after using the program for 6 months, you can return it for a refund, no questions asked.

We are so convinced that you will benefit if you commit to our program, that you have up to a year to trial the amazing brain retraining exercises, and you can return the program if it does not benefit you.

Therefore you have nothing to lose by seeing if this approach works for you and brings you the healing that you deserve. Thousands before you have taken this path!